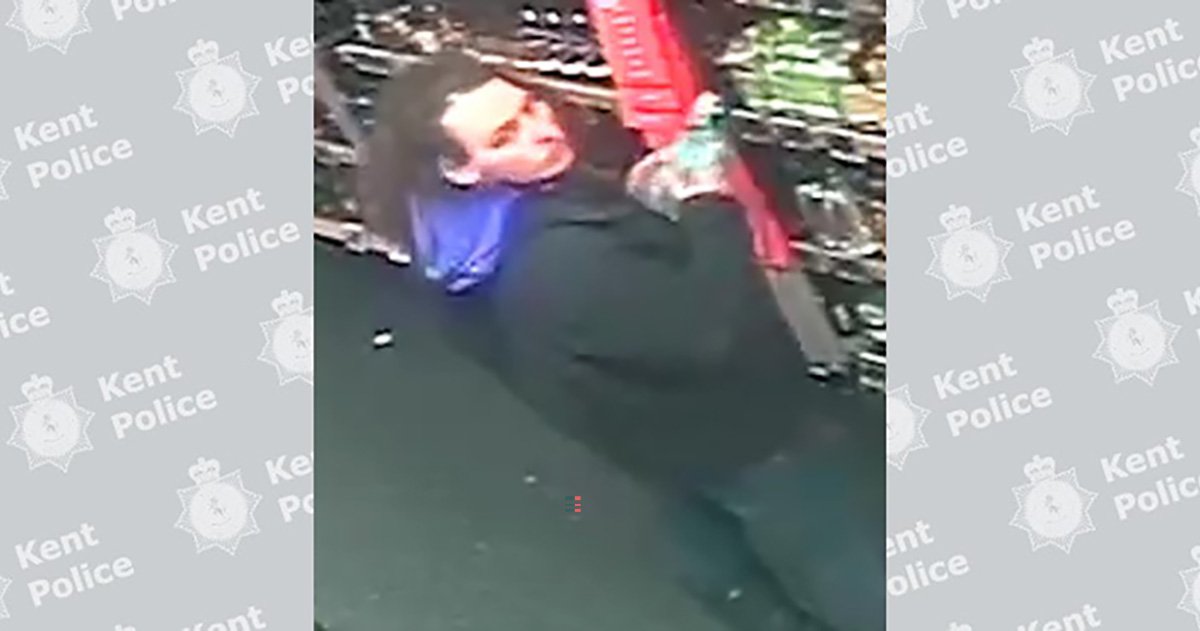 A serial shoplifter with
a taste for booze has been repeatedly hitting the same Marks & Spencer’s,
Kent Police has said.

The force has now released CCTV stills of a woman officers wish to speak to following the most recent raid on the store, on March 5.

In one image, a brown-haired woman with a purple hood can be seen looking over her shoulder.

The incidents were first reported after M&S staff noticed bottles of alcohol had been stolen from their St George’s Street branch, in Canterbury.

They then went back to study the security video footage, which led them to believe the same person was grabbing the booze each time.

A spokesman for the force said: ‘CCTV image has been issued of a woman officers would like to speak to in connection with shoplifting offences in Canterbury.

‘A number of recent
thefts have been reported at the Marks and Spencer store in St George’s Street,
where bottles of alcohol have been repeatedly stolen.

‘The offences are believed to have been committed by the same person. The latest incident was reported to have taken place on March 5 2020.’