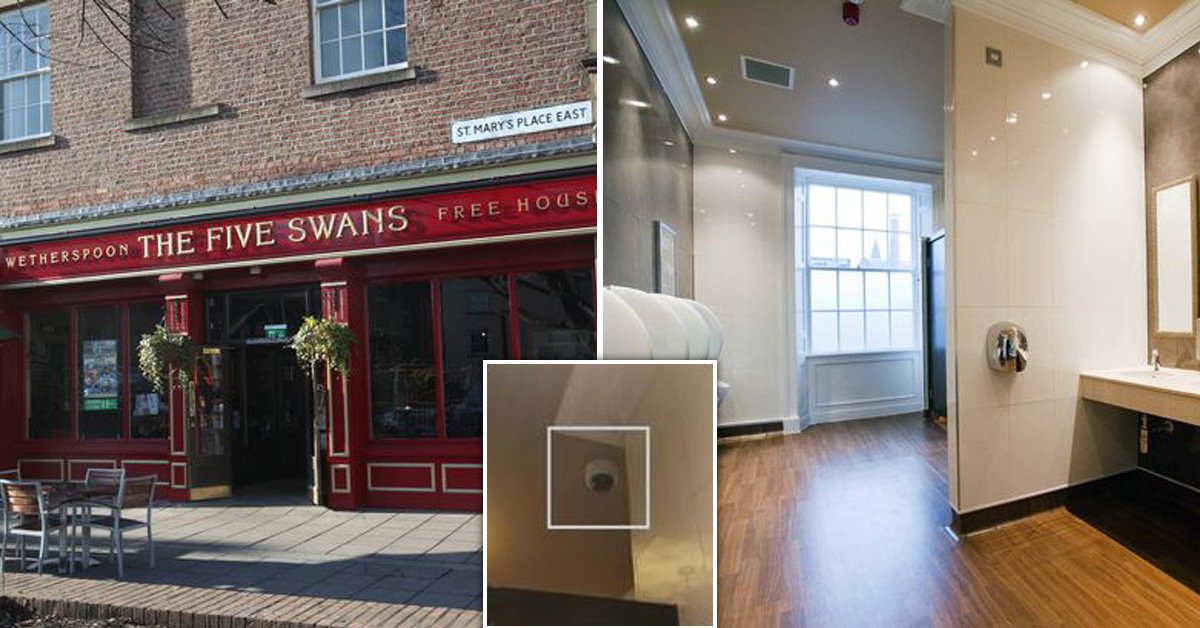 The managers of a Wetherspoon’s has defended having CCTV cameras inside the pub’s toilets after claiming they can’t see into the cubicles.

A customer at The Five Swans, in St Mary’s Place, Newcastle, spotted the cameras in the female toilets while out with her husband on March 7.

She said: ‘It is a total invasion of privacy. If it is on or not, it shouldn’t be positioned where it was, as you can see it from inside the cubicle and it just makes you feel uncomfortable.

‘You just feel that if you can see if from inside the cubicle, which I could, then it can see over.’

According to the Information Commission Office, CCTV should only be used in private areas, such as toilets, in ‘exceptional circumstances’, for example, when dealing with ‘very serious concerns’.

Managers at The Five Swans say their cameras have been specifically placed so that they ‘keep an eye on the floor’, not the toilet cubicles.

One manager told ChronicleLive: ‘We have a sign on the door stating there is CCTV in operations, so by law we can have it, but this is more in case someone puts a claim in because they slip as the toilet floor is wet.

‘There are no issues and we have not had any complaints. The contractor [who installed them] is happy with where they are placed.’

Another manager added: ‘We are Wetherspoon’s, we are a big company, we are not interested in seeing you inside the toilet.’

The Five Swans closed in October last year for a £1,000,000 refurbishment, before reopening on February 11.

In 2017, the pub’s toilets were awarded the platinum prize at the Loo of the Year awards.

The customer says she has now written an email of complaint to The Five Swans.