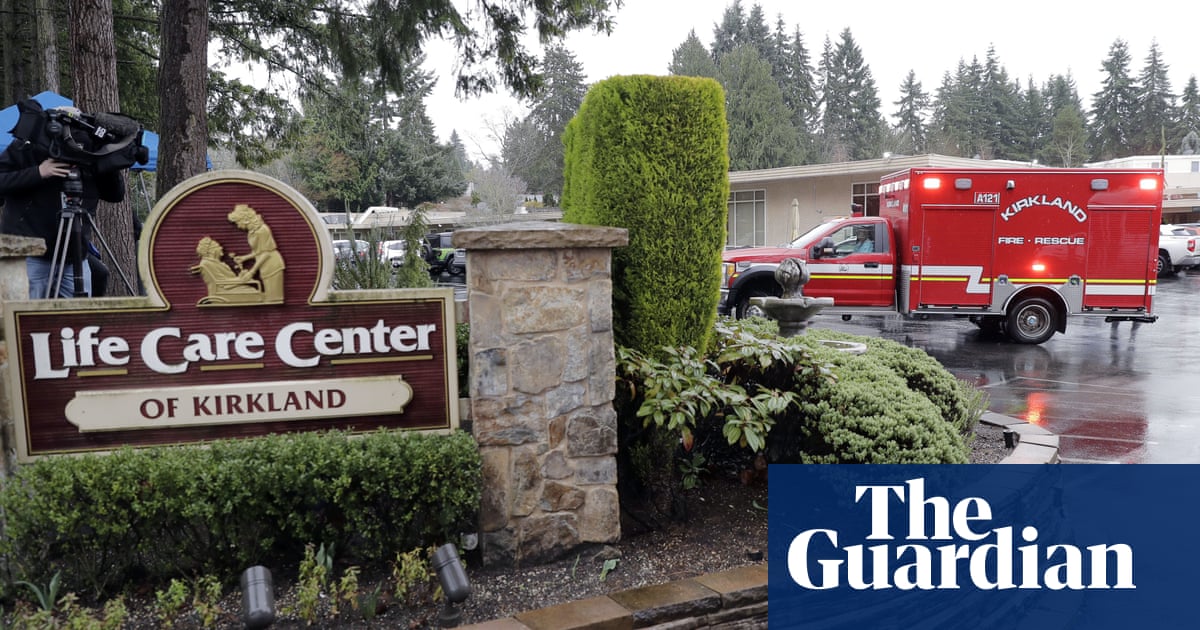 A nursing home in Washington state that is at the center of the US coronavirus outbreak on Saturday reported an increased death total for people associated with their facility and revealed it has been pleading unsuccessfully with the authorities for more testing.

During the Life Care Center’s first official press conference since the outbreak began, Tim Killian, the public information liaison for the facility, said that since 19 February, 13 people associated with the center have been diagnosed with coronavirus and died.

The center, which is located in Kirkland, Washington, on the outskirts of Seattle, is an acute care facility and typically sees three to seven deaths each month, he noted.

Killian said there are still 63 residents at the center, and they are confined to their rooms. There were 120 residents just two weeks ago.

‘We’re at the epicenter, it’s scary’: life in a Washington city amid the coronavirus outbreak

As of Saturday, Washington state health officials reported 102 cases of the virus, with 16 deaths in the state.

Calling the virus “volatile” and “unpredictable”, Killian said they’ve seen patients who within an hour have gone from no symptoms to acute symptoms to having to be transferred to a hospital.

“We have seen some results that have frankly concerned us with how quickly symptoms have shown, become acute and led to, even, death in some cases within our residents,” he said.

Killian also reported that 70 of their 180 employees have shown symptoms of coronavirus and are not coming in to work.

He said the facility has received 45 test kits for in-house testing, but needs many more.

When asked why the facility did not ask for help sooner, he said they’ve been asking the local and federal government for “help every five minutes of every day since this became apparent here within the facility”.

A request for comment has been submitted to the state health authorities.