This is the moment an Uber driver admits he cancelled an Italian group’s journey over suspected fears of catching coronavirus.

One of the men in the group of four, Dylan Bastonini, 19, can be heard arguing with the driver after he refused to allow the group into the vehicle outside London Zoo. Dylan shared footage of the incident on Thursday, in which the driver can be heard saying he cancelled the trip because the passengers were Italian after allegedly asking their nationality.

The driver tells them he ‘can’t’ allow them in as he is worried about his ‘health safety’, suggesting he could be referring to the outbreak of coronavirus in Italy. More than 3,000 people have been confirmed with Covid-19 in the country and 148 have died.

Dylan uploaded footage of the incident on Facebook and wrote: ‘Just our Uber driver rejecting us for being Italians but we live here since September [sic].’

‘I’ve cancelled it,’ replies the Uber driver, to which Dylan asks: ‘Because we are Italian?’

The driver responds: ‘Yeah, simple,’ while a friend of Dylan’s is heard in the background calling him ‘f*g racist’.

‘But can you say why you have cancelled the trip? Just because we’re Italians,’ asks Dylan.

The driver admits again that it is due to their nationality and tells them to complain to Uber, to which Dylan probes: ‘Because you are racist?’

‘It’s not about racist but it’s about my safety – health safety,’ he responds.

Dylan told MailOnline that at first he thought the driver didn’t allow his group into the vehicle because they were wearing wet clothes, having waited for him outside the zoo in the rain.

He said: ‘Nope. I started to shake a little bit by the anger, but as you can see before replying to him I started to record.

‘We left our stuff in the back of the car and then he asked us our nationality [before] cancelling the trip,’ he added.

An Uber spokesman told Metro.co.uk: ‘What has been described is totally unacceptable. Uber does not tolerate any form of discrimination and we are currently investigating this incident.’

The company warns drivers that it’s against their community guidelines ‘to discriminate against anyone based on their race, ethnicity or national origin’.

It added the situation around Covid-19 is ‘rapidly evolving’ and has offered all drivers free insurance coverage for if they become ill. 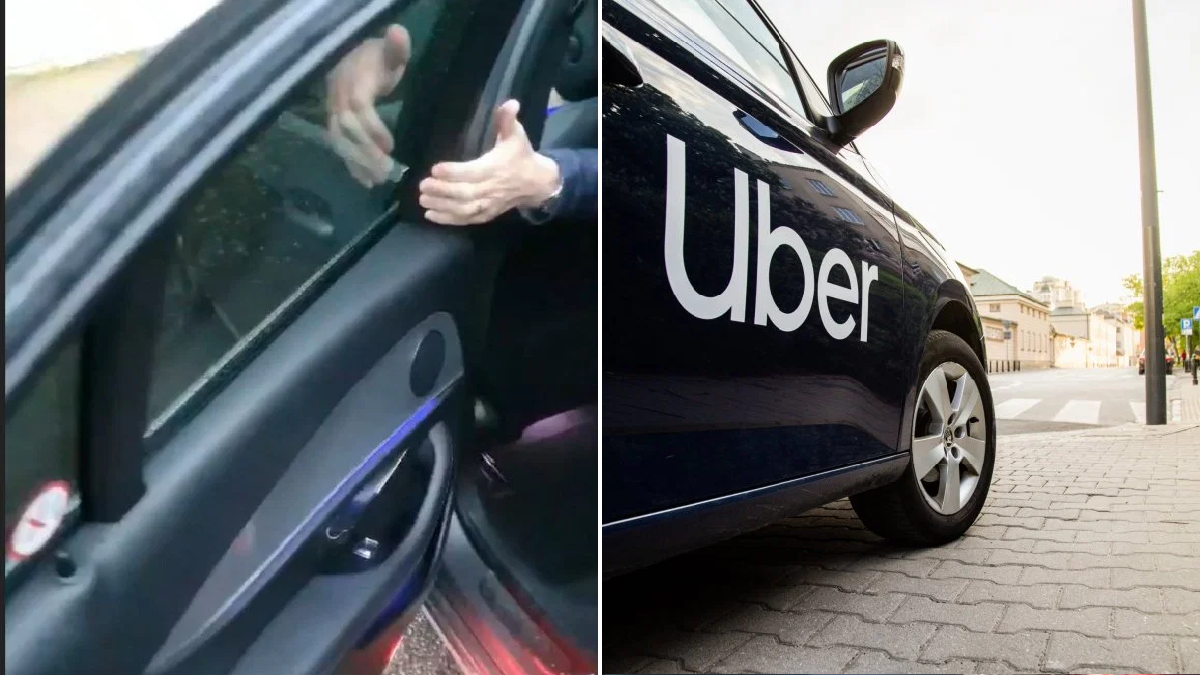