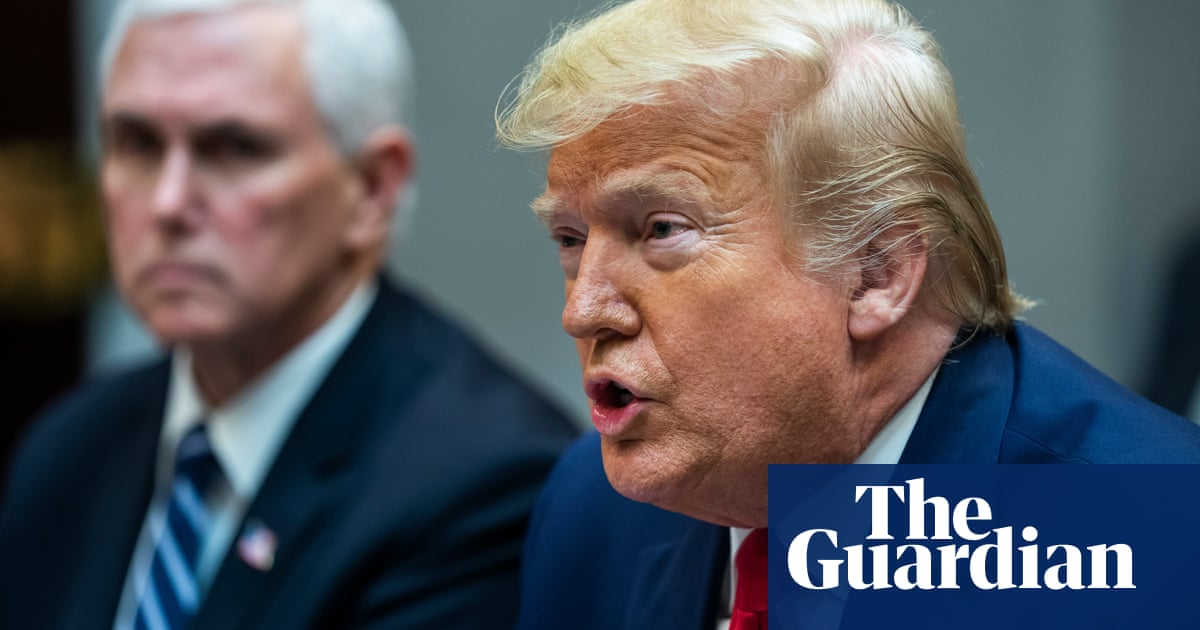 Donald Trump declared live on television on Wednesday night that he did not believe the World Health Organization’s assessment of the global death rate from coronavirus of 3.4%.

“I think the 3.4% is really a false number,” he told Sean Hannity, one of his favorite conservative Fox News hosts, in a phone interview broadcast live.

He went on: “You never hear about those people, so you can’t put them down in the category of the overall population, in terms of this corona flu, and/or virus. So you just can’t do that.”

He then plucked his own surmising of a likely death rate out of the air.

“You know, all of a sudden it seems like 3 or 4%, which is a very high number, as opposed to a fraction of 1%,” he said, perhaps referring to the typical death rate for influenza, which is well below one percent.

“Globally, about 3.4% of reported Covid-19 cases [the technical term for the novel coronavirus strain responsible for the outbreak] have died,” WHO director-general Tedros Adhanom Ghebreyesus said at a press conference on Tuesday.

The previous death rate had been given as an estimated 2% after the initial explosion of cases begin in China. The new virus outbreak has been compared to the Spanish flu epidemic of 1918 – 1919 when mortality was between 2 and 3% of those infected.

The death rate of those contracting seasonal influenza is typically an estimated 0.1%.

As the number of coronavirus cases begins to swell in the United States, conservative media outlets have been dedicating hours of airtime to slamming Democrats and mainstream media outlets such as the New York Times and CNN for being critical of Donald Trump and his response to the coronavirus.

For days, Trump’s allies in rightwing media have defended the president and his response to coronavirus, supporting the administration’s narrative that Democrats are using the coronavirus to further their own political agenda by purposefully exaggerating the severity of coronavirus just to blame Trump for it.

‘They’re rooting for the coronavirus’: Trump allies attack Democrats and the media

Trump also appeared to reject his own administration’s advice for people feeling unwell to stay at home. He said: “If we have thousands or hundreds of thousands of people that get better, just by, you know, sitting around and even going to work, some of them go to work, but they get better, and then when you do have a death, like you’ve had in the state of Washington, like you had one in California, I believe you had one in New York.”

There have been no deaths from coronavirus in New York.

On Thursday morning, the president hit back via Twitter on his comments relating to going to work.

Shortly afterwards on Thursday morning, New York city mayor Bill De Blasio announced there were two more confirmed cases of coronavirus, brining the number of sufferers in the state to 13.