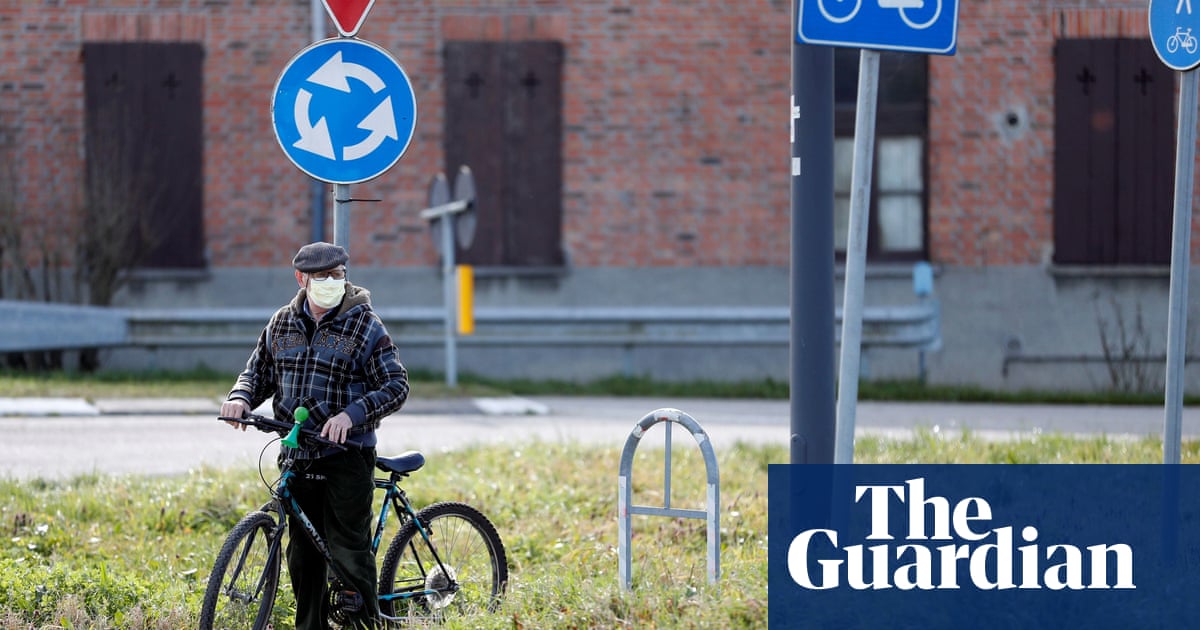 Quarantined Italian towns are buckling under the strain, major cities are emptying out and some of those infected say they are being stigmatised as Europe’s worst outbreak of coronavirus takes hold.

As of Thursday night, 3,858 cases had been detected as Italy aggressively tests for the virus. Out of that number, 148 people have died and 414 have recovered. Of those infected, 1,790 are in hospital – 351 in intensive care – and 1,115 are recovering at home.

Eleven towns are under lockdown – ten in Lombardy and one in Veneto – and schools have been closed across the country as the government tries to contain a virus about which there are still many unknowns.

Stories to emerge since the outbreak began reflect the contrasting nature of the virus’s impact, from the reassuring accounts of people cured to the suffering of those who have died or are in a critical condition. The heavily pregnant wife of “patient 1”, the 38-year-old man who was Italy’s first confirmed locally transmitted case, was dismissed from hospital on Thursday; her husband, a marathon runner and amateur footballer, remains in intensive care.

The dead, mostly elderly and with underlying health problems, are buried quickly without ceremony to mitigate the risk of infection posed by their corpses. The living have become wary of those with even the slightest cough.

Nowhere is the situation more acute than in the areas under quarantine. In Castiglione d’Adda, a town of 4,600 in Lombardy, 18 people have died within the past two weeks and, as of Thursday, 121 inhabitants were infected. The youngest victim was a 55-year-old man; it is unclear whether he had an underlying illness. With three of the town’s five doctors in quarantine and two hospitalised with the virus, there is nobody to tend to the sick at home.

“We have many people with a fever who are at home and who are unable to be visited by a doctor,” Costantino Pesatori, the mayor of Castiglione d’Adda, told the Guardian. “A substitute doctor came but he wasn’t provided with protective clothing and so, justifiably, refused to see people at home.”

Pesatori is yet to learn whether the 14-day quarantine period, due to end on Sunday, will be extended. “This is such a surreal situation as the virus is difficult to comprehend; it’s like living in a film,” he said. “People are also getting fed up of staying at home and some are starting to break the quarantine rules.”

Stefano Lovisetto, a 58-year-old from Vo’ Euganeo, the only quarantined town in Veneto, was dismissed from hospital on Monday after being given the all-clear.

“I had no symptoms, not even a cough,” he said. “People are saying this is the plague, but it isn’t. At least for me, it was only slightly more aggressive than a normal flu. The hospital staff were so kind and reassuring, despite having to deal with so many cases.”

Coronavirus symptoms: what are they and should I see a doctor?

Morena Colombi, 59, is also among the recovered, but said she is being treated by fellow inhabitants in Truccazzano, a town of almost 6,000 near Milan, as if she has the plague. Colombi is the only confirmed case in the town, which is not under lockdown.

“They are speaking badly about me, it’s as if I did a robbery or something,” she said. “But all it is is a virus that just so happened to affect me. When people hear the words ‘virus’ or ‘quarantine’ and ‘there is no cure’ they get frightened. For me, I had hardly any symptoms. Others are suffering badly, but most of those have other pathologies.”

With 1,777 confirmed cases as of Thursday, Lombardy is the worst-affected region, followed by Emilia-Romagna (658) and Veneto (380). The number of those infected across Italy’s other 17 regions so far total 481. Italy has so far tested 32,262 people.

Beyond the outbreak zones, everyday life has also changed dramatically. Venice, usually overflowing with tourists, is empty. As are the normally busy shops, bars and restaurants in Milan and Rome. Holidaymakers have cancelled trips and several airlines suspended flights amid warnings the tourism sector could suffer €7.4bn of losses. All major sporting events, including Serie A football, will be played behind closed doors until 3 April.

“There’s no tourism,” said Simona Susanu, who works in a bar close to the Trevi fountain. “You only have to see how empty it is around the fountain to understand what is happening.”