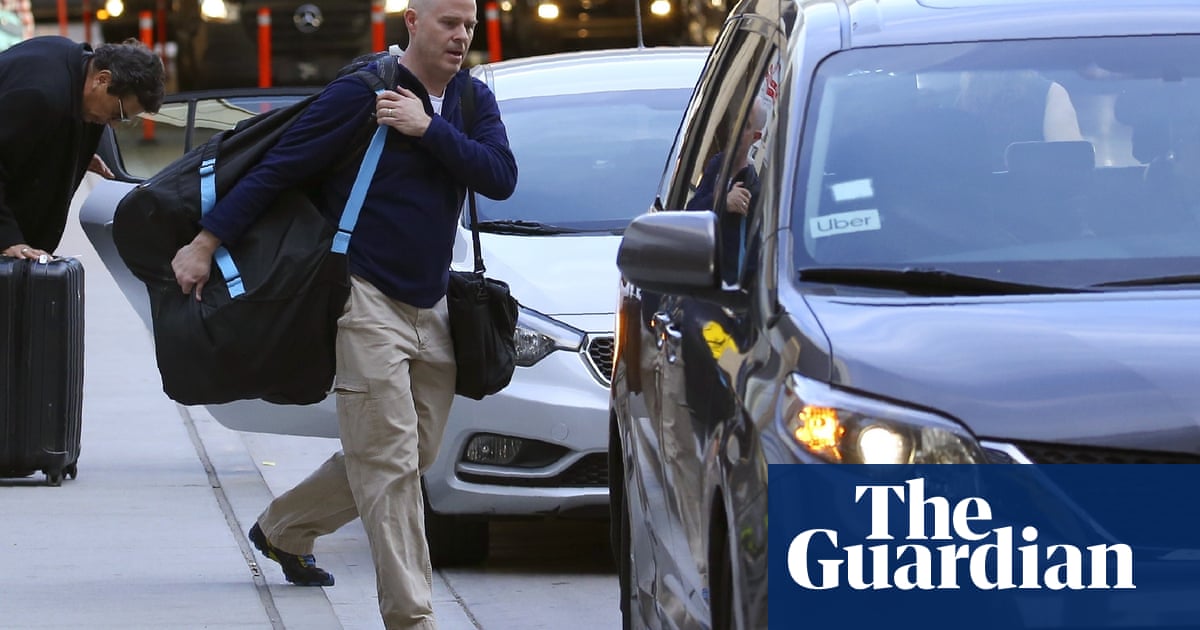 The coronavirus outbreak in the US is underscoring the difficulty of regulating the gig economy, an industry that is fundamentally based on sharing spaces and – potentially – germs.

And as ride share, food delivery, and other platforms scramble to release safety guidelines for customers and employees, many workers who depend on gig work for survival say they simply cannot afford to take time off, even if it means putting themselves or others at risk.

Steve Gregg is an Uber and Lyft driver in the San Francisco Bay area, a city that recently confirmed several cases of the virus and where a cruise ship full of possibly infected people is being held offshore indefinitely. California declared a state of emergency this week after reporting its the first death from the virus.

‘I suffer through it’: how US workers cope without paid sick leave

Gregg, who has given 16,000 rides for Uber and Lyft, says he is taking precautions: frequently disinfecting his vehicle, avoiding picking up passengers at airports, and even giving one rider a low rating in the past week for coughing without covering their mouth.

Although Uber has encouraged its drivers to stay home if they are exhibiting coronavirus symptoms, many say that is not an option. Gregg doesn’t plan on taking time off during the outbreak, despite the dangers.

“If I get sick, I am going to have to go to work anyway; I have child support payments to make,” he says. “We don’t have a choice. It’s so hard to make money in this game and we are doing the best we can.”

Kerry S, another Uber driver in the Bay Area who has been driving since 2017, says that drivers like her are “on edge these days”. Recently she picked up a rider at the airport and was shocked to see the majority of people there wearing masks.

“We never know who we are picking up, or where they have been,” she said. “The nature of our job means we could be in very close proximity to someone who has been exposed.”

Veena Dubal, a labor law professor at the University of California-Hastings, calls the situation is “a stark example of the precarious situation this economy relies on”.

“These workers do not have the option of staying home,” Dubal said.

Many large tech companies, including Amazon, Twitter, and Google, have restricted international travel for their employees. A number of conferences have been shut down or delayed due to the virus.

But contractors have fewer protections.

In full-time work environments, the Family and Medical Leave Act does not necessarily cover a typical case of the flu, but could extend to coronavirus or other illnesses if complications arise, according to the Department of Labor. An employee is eligible to take medical leave if they are experiencing flu symptoms “that create a serious health condition”.

But these protections are not extended to part time or gig workers. Uber and Lyft did not respond to a request to comment on whether drivers will be paid for sick time, and it has traditionally been company policy that they are not. Under the new California labor bill AB5, drivers may be classified as employees and entitled to paid sick leave, but Uber and Lyft have continued to fight being included in the law.

Lyft has suggested employees exhibiting symptoms take time off of work, but with many contractors unable to afford to do so, the virus could spread more quickly.

On Thursday, the National Partnership for Women and Families called on Congress to enact paid sick days for all employees that span the length of the recommended two-week quarantine for coronavirus. Failing to do so, it said, could further spread the epidemic.

“The coronavirus is shining a spotlight on an issue that has hurt working people and families for far too long,” said Debra Ness, president of the National Partnership for Women and Families. “In a moment of crisis, Congress should not be scrambling to compensate for a lack of basic protections. This is a matter of equity, decency and public health.”

Meanwhile, companies are taking additional measures to limit employee and customer exposure to the virus. On Tuesday, the online labor market TaskRabbit announced it will waive cancellation fees for users who must reschedule a job due to illness to avoid spreading coronavirus. The grocery delivery company Instacart said it has been informing its shoppers how to stay safe and alerting them to CDC guidelines.

Gig car, a shared car firm in Sacramento, San Francisco, and Seattle, is now including a bottle of hand sanitizer in each vehicle. Lime, a shared scooter service operating in 16 states in the US and more than 20 countries, said it is increasing the frequency of cleaning and disinfecting its vehicles and adding cleaning stations inside facilities around the world.

Uber and Lyft executives and investors have speculated the virus will be good for business as people will be less likely to use public transportation and more likely to deliver food from UberEats. This disregards the stark reality faced by drivers, said Veena Dubal.

“When you take a ride share, your safety and health are literally in the hands of a stranger,” she said. “The fact that that stranger has to work even when they’re sick because they don’t have paid time off carries implications for consumers that are actually potentially deadly.”