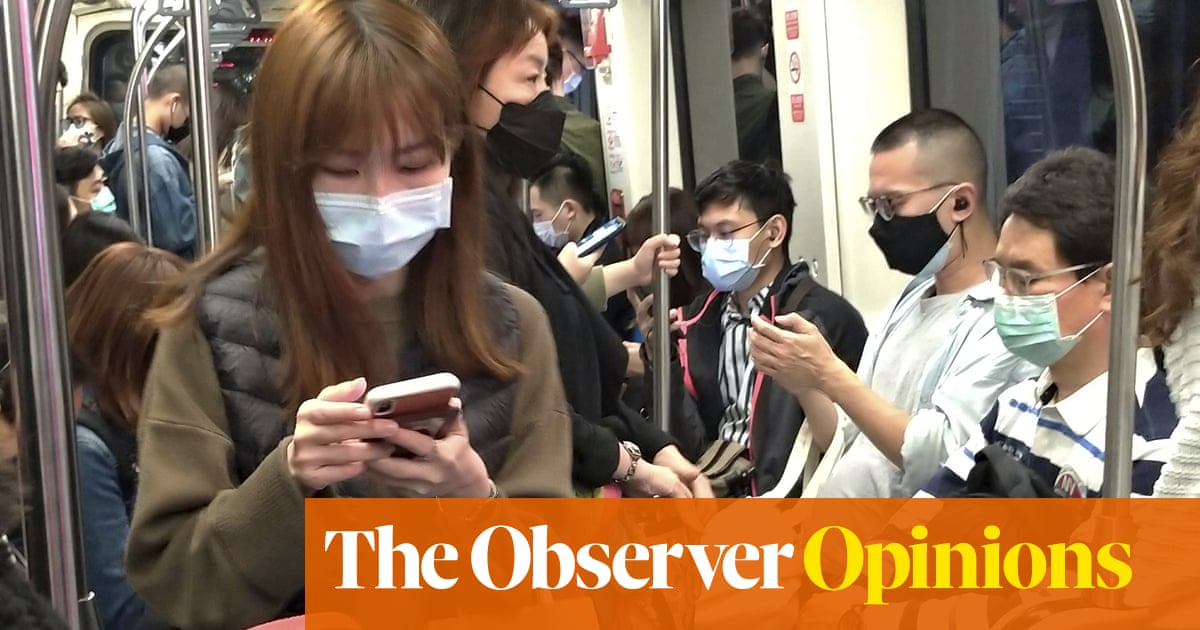 As I stepped into a cosy restaurant in Taipei, the waiter signalled for me to stop, then ran at me, gun in hand. He held it near my forehead, then – click – my temperature was checked. He look relieved as he ushered me to a corner table.

Taiwan’s capital (population 2.7 million) is on high alert. Temperature checks, face masks and hand sanitisers are the new normal as the city, and the island state, unifies in its battle against contagion.

“We suffered greatly with Sars – we couldn’t let that happen again,” a hotel worker said. In that outbreak in 2003 more than 150,000 in the country were quarantined, with 346 cases officially confirmed and 73 Sars-related deaths recorded.

A week ago, on the eve of my flight to Taiwan for a stopover on my way to visit family in Australia, I was worried about heading into the cradle of coronavirus, with thousands of cases and hundreds of deaths in the wider region. Last Sunday the UK had just 23 confirmed cases, while Taiwan had 39, one of whom, a 61-year-old taxi driver who also had diabetes and hepatitis B, had died – at that time the fifth death outside mainland China.

It seemed many of my fellow passengers had decided not to take the risk, as the flight was almost empty. Although it was business as usual at Gatwick, on the plane the cabin crew all wore masks. We were given a questionnaire: had we travelled through China, Iran, Italy? Did we have signs of fever, coughing or a temperature? Where were we going and how could we be contacted?

The government, with its past experience of Sars, acted swiftly and did not wait for the WHO to make an announcement

We were warned we should always wear a mask in Taiwan. I didn’t have one – and the steward told me I wouldn’t be able to buy one in Taipei. Quite why would become apparent.

On landing our temperatures were read as we passed through immigration. After my fingerprints were scanned, an airport worker rushed over to spray my hands with sanitiser. There were bottles of it everywhere. I grew ever more apprehensive.

Everyone on the ground wore a mask. As I boarded the bus into the city, the driver pointed at his to question the absence of mine. He shrugged and waved me on board anyway.

The city seemed abandoned. At the viewing platform of Taipei 101, the world’s tallest skyscraper until eclipsed by the Burj Khalifa in Dubai in 2010, the endless railings designed to corral herds of tourists stood forlorn.

Mannequins draped in designer brands in the luxury shopping centre at the base of the tower stared blankly into emptiness. On the underground train the majority of passengers wore a mask. Even the city’s taxis had videos playing on their headrest screens declaring that they sanitise the cabs regularly throughout the day to combat the spread of the virus.

Despite the threat, there is a sense of calm in Taiwan. The government, with its past experience of Sars, acted swiftly and did not wait for the World Health Organization to make an official announcement to take action. It first quarantined, then stopped, flights from China and other coronavirus-affected areas. It made news and information about the outbreak and how best to combat it freely available, with the minister for health and welfare, Chen Shih-chung, taking a hands-on approach, holding press conferences almost every day.

On the streets of Taipei there are posters everywhere explaining how to wash your hands, what symptoms to look out for and what to do if you become sick.
President Tsai Ing-wen’s handling of the crisis has been applauded. Parliament has approved a £1.5bn stimulus package for companies hit by the outbreak, and the local television network, TVBS, gave her government an 82% approval rating.

A week on, Taiwan has reported 45 cases – 29 still active, 15 recovered – while the UK has 206, with two deaths. Now I am worried about what awaits me when I come home.