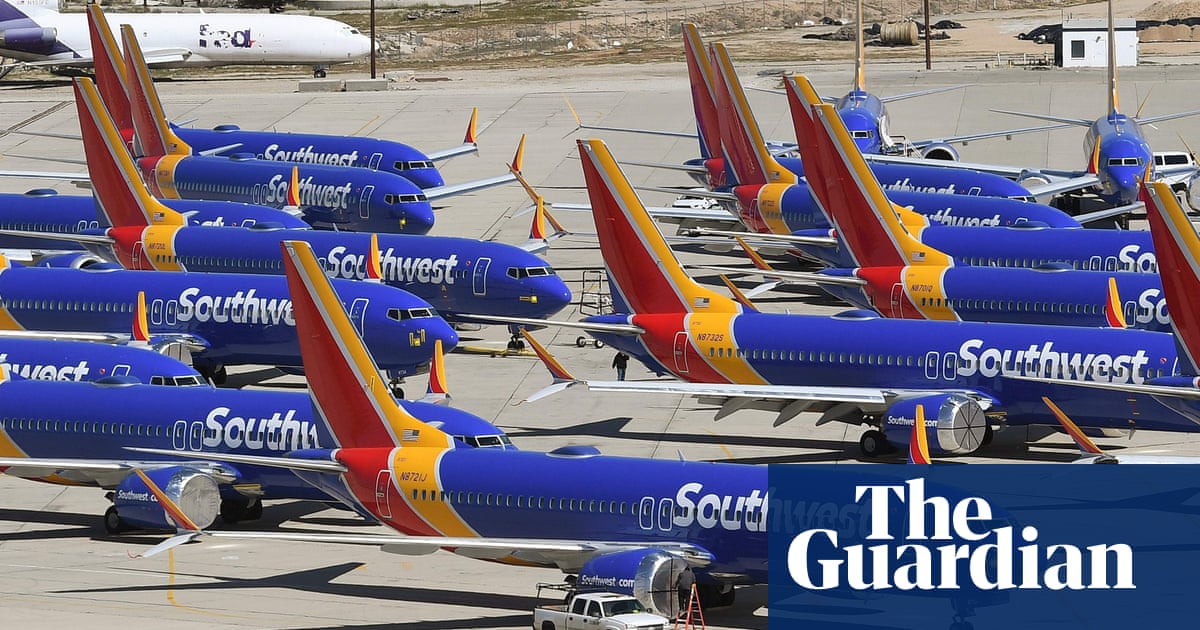 The head of Southwest Airlines has compared the coronavirus outbreak to the 9/11 terrorist attacks after warning the company’s revenues would fall by as much as $300m.

Gary Kelly, chief executive of the US’s largest domestic carrier, told CNBC that the airline had noticed a “very noticeable, precipitous decline in bookings’’ in the past week.

He said the fall was similar to the drop-off the airline experienced after the 9/11 attacks.

“9/11 wasn’t an economically driven issue for travel – it was more fear, quite frankly,’’ he said. “And I think that’s really what’s manifested this time … It has a 9/11-like feel. Hopefully we’ll get this behind us very quickly.’’

On Wednesday United Airlines announced it was aggressively cutting flights and freezing hiring in April and May in order to tackle a steep drop in demand.

“Due to decline in demand flowing from the impact of Covid-19, we’re taking additional steps to reduce our international and domestic schedules,’’ United’s CEO, Oscar Munoz, and president, Scott Kirby, said in the memo.