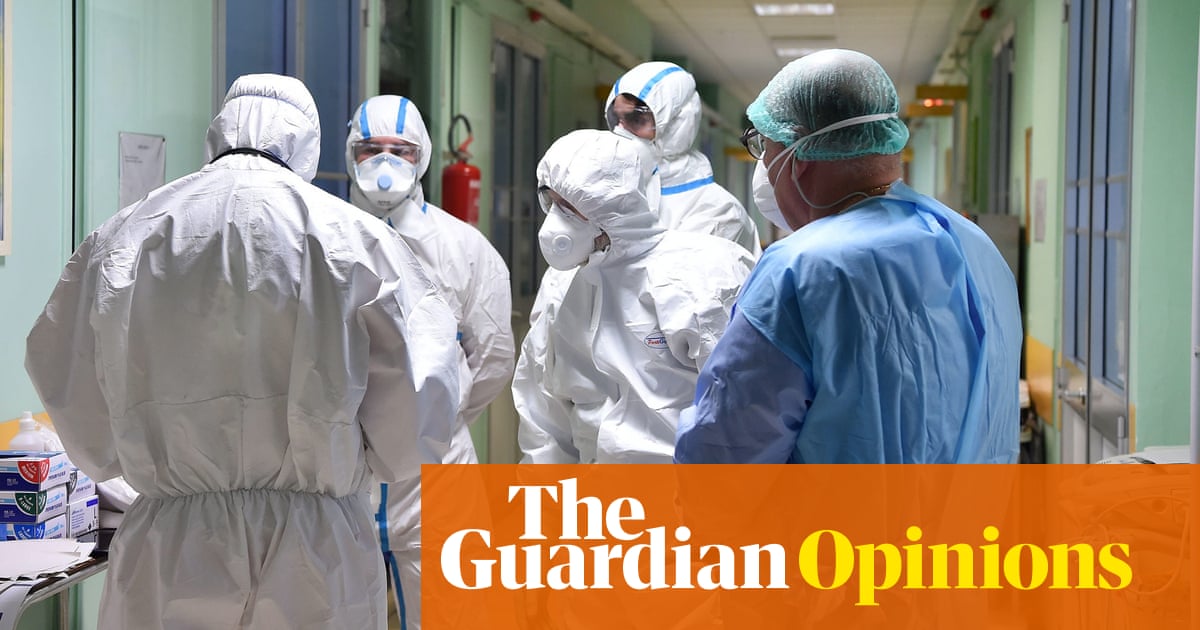 Even though the outbreak of coronavirus (Covid-19) had been in the news for a while, we were not particularly concerned in Turin – until a few weeks ago. Turin is in Piedmont, about 200km (125 miles) from Milan in the Lombardy region, which has had an alarming number of cases. A steady stream of stories from there about toilet-paper stockpiling and limits of two people at a time entering the usually overflowing coffee bars has been reaching us. Letting the paranoia get the better of me, I asked my husband to do a quick check of the shops earlier in the week – but luckily, for now, we are still well supplied here.

I work remotely from home so already feel quite isolated, but I would still describe this as a particularly lonely period. I miss the loud weekly union and climate protests that I used to hear from my window as I worked. It’s a lot quieter now. This is usually a very active part of town. You can feel the absence of those things.

Italy has a vast tourism industry, but Milan and major cities also host many conventions and workshops for various industries, and many of these events are being cancelled or postponed. My husband, who works in the medical equipment industry, was meant to travel to Milan this month for a conference and I was going to accompany him for the weekend, but we have had to cancel the trip. That’s just one of thousands of stories. Everything is being pushed around: wine festivals, concerts, marathons. All the plans we had for the next few months are in limbo, but I am trying to remain at ease with the uncertainty, and am being careful to include travel insurance with whatever I book.

A lot of information is reaching us in informal ways. The government issues decrees, which I usually then hear about via WhatsApp. Many people are keeping track of the maps of areas affected and the daily updated number of cases. A lot of day-to-day activities – such as exercise classes – have been cancelled. The international women’s club that I am a member of has cancelled its activities for now. Friends with upcoming weddings may have to postpone them because of the travel restrictions that they worry will be imposed on their guests once they return home from Italy. One of them, a friend from Singapore, told me about her fear that her guests coming from affected countries would be discriminated against.

Personally, I wish events like this brought us closer together rather than provoking fear and pushing us apart. My parents live in Lebanon, where it was recently announced that people arriving from Italy would not be allowed entry unless they were residents or citizens. Our family is calling in from everywhere to ask after our health, and I can tell the media is making Italy sound like an unenviable place to live at the moment.

I have friends with children who have been affected by the school closures. In the notice we received on 4 March, we were told the school closure would be extended to 3 April. Parents with very young children are having to change their routine quite drastically, deciding things on a case-by-case basis around whether they can arrange childcare. For older children, the schools have started to introduce e-learning measures, such as allowing children to study from home via their tablets. It has sparked a conversation about this and working from home as well – Italy is quite traditional and I think it has realised it is behind in some of these aspects.

I feel especially bad for the elderly population in Turin,and in other places affected. It is already so lonely for many older people, who are now feeling trapped at home. For those of us who are still going out, conversations at the lunch and dinner tables almost always include Covid-19. You do not see a lot of masks around, instead there has been a proliferation of memes and jokes related to unnecessary panic. My main concern is for others. I work for an international NGO, and normally my work includes a significant amount of travel. It is also a part of my lifestyle, with most of my social relationships outside of Italy, but there is definitely a sense of heightened responsibility around not spreading the virus any further if you have somehow contracted it without showing symptoms.

On Thursday, feeling particularly stir crazy, I searched for some live music to cheer me up and remembered that a friend, who sings as a hobby alongside her day job, had invited me to her performance. Since I had received news on Wednesday from friends via WhatsApp of a national decree warning against gathering in groups, I asked her if the show would go on. The precautions in the decree include keeping a one-metre distance between people – not easy in the small spaces available to us in Turin. An hour before show, she confirmed it was going ahead. Afterwards, we chatted and reflected on what a crazy time it had been, especially for those who rely on shows like these to make their living. We realised we were not feeling the least of it compared with some people.

With the many global issues we are becoming more aware of – the climate crisis being at the top of the list – the experience of living in an area affected by coronavirus is making me rethink my current way of life, and the international travel involved with work and spending time with loved ones. The start of a decade is as good a time as any to be having these existential thoughts, but I do wish it did not have to come at the cost of so much fear and panic.

• Hana Abul Husn, originally from Lebanon, lives in Turin, where she works for an international NGO