The Queen is reportedly set to shun the ruler of Dubai after a High Court ruling found he kidnapped his own daughters and detained them for almost two decades.

Sheikh Mohammed bin Rashid Al Maktoum, the vice president and prime minister of the United Arab Emirates, and Queen Elizabeth have long shared a bond over their love of horse racing. The sheikh, who owns the elite London-based Godolphin Racing, has previously been described as a ‘friend’ of the Queen’s.

They are said to have seen each other on a ‘fairly regular basis’ for the last two decades and the sheikh is believed to send the monarch annual gifts of horses. He has been pictured at Ascot with the Queen, where he was invited into the Royal Box.

However, their friendship is set to become strained after Britain’s most senior judges found the 70-year-old ruler ‘ordered and orchestrated’ the abduction of his daughters, Sheikha Shamsa and Sheikha Latifa, and forced them to return to Dubai.

Sheikh Mohammed was accused of abducting then 19-year-old Shamsa, in August 2000, and sister Latifa twice in 2002 and 2018, in a damning publication released on Thursday.

It confirmed long-standing rumours over his daughters’ welfare, which emerged following a child custody battle with his sixth wife, Princess Haya Bint Al Hussein, the half-sister of King Abdullah II of Jordan.

Princess Haya, 45, alleged her ex-husband Sheikh Mohammed launched a ‘campaign of fear and intimidation’ against her, and testified that she twice found a loaded gun on her bed and was threatened to be whisked away in a helicopter to a desert prison.

She became ‘terrified’ of her then husband and fled to her home in west London last year with their two children. Soon after, Sheikh Mohammed applied for a summary return to Dubai of daughter, Al Jalila, now 12, and son Zayed, eight.

Following the High Court ruling against Sheikh Mohammed, the Queen will now ‘refuse to be photographed with him or the princess in public,’ according to The Times.

The sheikh is said to have been on ‘respectful and friendly terms’ with the British Royal Family for more than 20 years. If the monarch shuns him completely, it could have great consequences on the UK’s relationship with the UAE, which the government was hoping to strengthen following Brexit.

It comes as Cambridgeshire Police is to launch a review of an investigation over the disappearance of daughter Shamsa, now 38, who was abducted from the streets of Cambridge on August 19, 2000, and has never been seen in public since.

The force probed the incident in 2001 but dropped the case after finding ‘insufficient evidence’.

A spokeswoman said: ‘An investigation into the alleged abduction of Shamsa Mohammed Bin Rashid Al Maktoum in 2000 was carried out by Cambridgeshire Constabulary in 2001.

‘A review took place in 2017 and it was again concluded there was insufficient evidence to take any further action,’ added the spokeswoman. ‘This is no longer an active investigation and we are not in contact with the victim.

‘The burden of proof and evidential requirements are significantly different in family court proceedings to that of criminal proceedings, however, in light of the recent release of the judgement, aspects of the case will now be subject to review.’

Princess Haya had asked the most senior family judge in England and Wales, Sir Andrew McFarlane, to look into Shamsa and Latifa’s alleged abductions, while battling for her children’s custody and after applying for a forced marriage protection order in relation to her daughter, Jalila.

Sir Andrew explained in his judgment this week, that ‘a substantial element in the extreme concern (Princess Haya) has for the future well-being of her children arises from her belief that Shamsa and Latifa have been and are deprived of their liberty on an open-ended basis’.

The force said their probe found the arrival and departure of a helicopter which travelled from Newmarket, Suffolk, to France at 5am on August 20.

An officer sought permission from the Crown Prosecution Service to visit Dubai to interview potential witnesses, but his request was refused.

At a hearing in November, Princess Haya’s barrister, Charles Geekie QC, said the evidence made clear that there had been ‘interference’ in the police inquiry.

In his judgment, Sir Andrew said the Foreign and Commonwealth Office (FCO) had confirmed it held ‘information relating to the investigation of Shamsa’s alleged kidnapping’.

However, the FCO refused to disclose the evidence and said that ‘releasing information on this issue would increase public knowledge about our relations with UAE’ and ‘would reduce the UK Government’s ability to protect and promote UK interests through its relations with UAE which would not be in the public interest’.

Princess Haya’s lawyers wanted both Shamsa and Latifa to give evidence about their treatment at their father’s hands.

But in evidence to the court, the sheikh claimed he saw both his daughters in August, last year, and said they were ‘adamant’ they didn’t want to speak to the princess’s lawyers and offered them independent legal advice.

Sir Andrew rejected this and said he did not accept that Shamsa and Latifa have been given ‘free choice about engaging in this court process’. 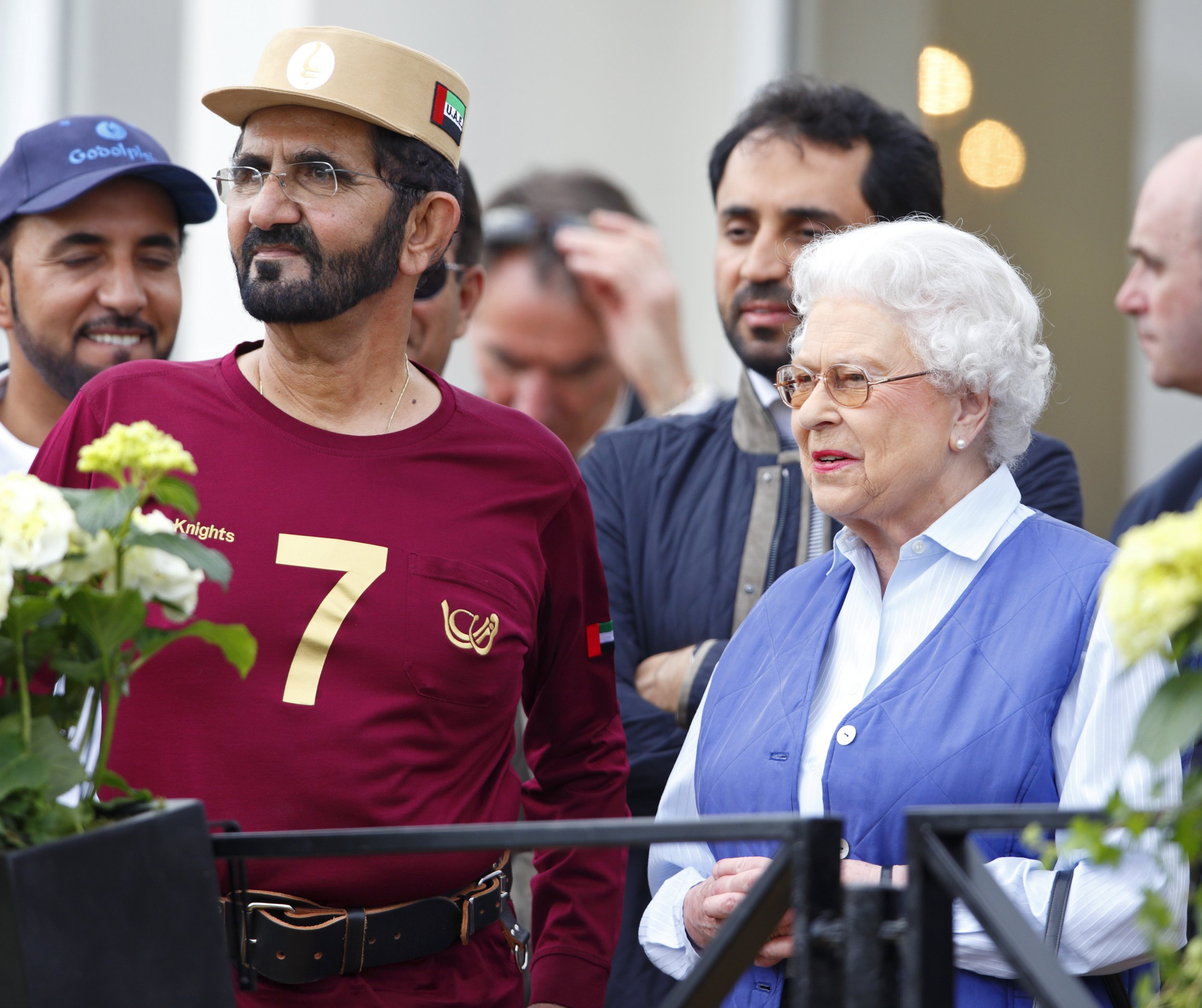