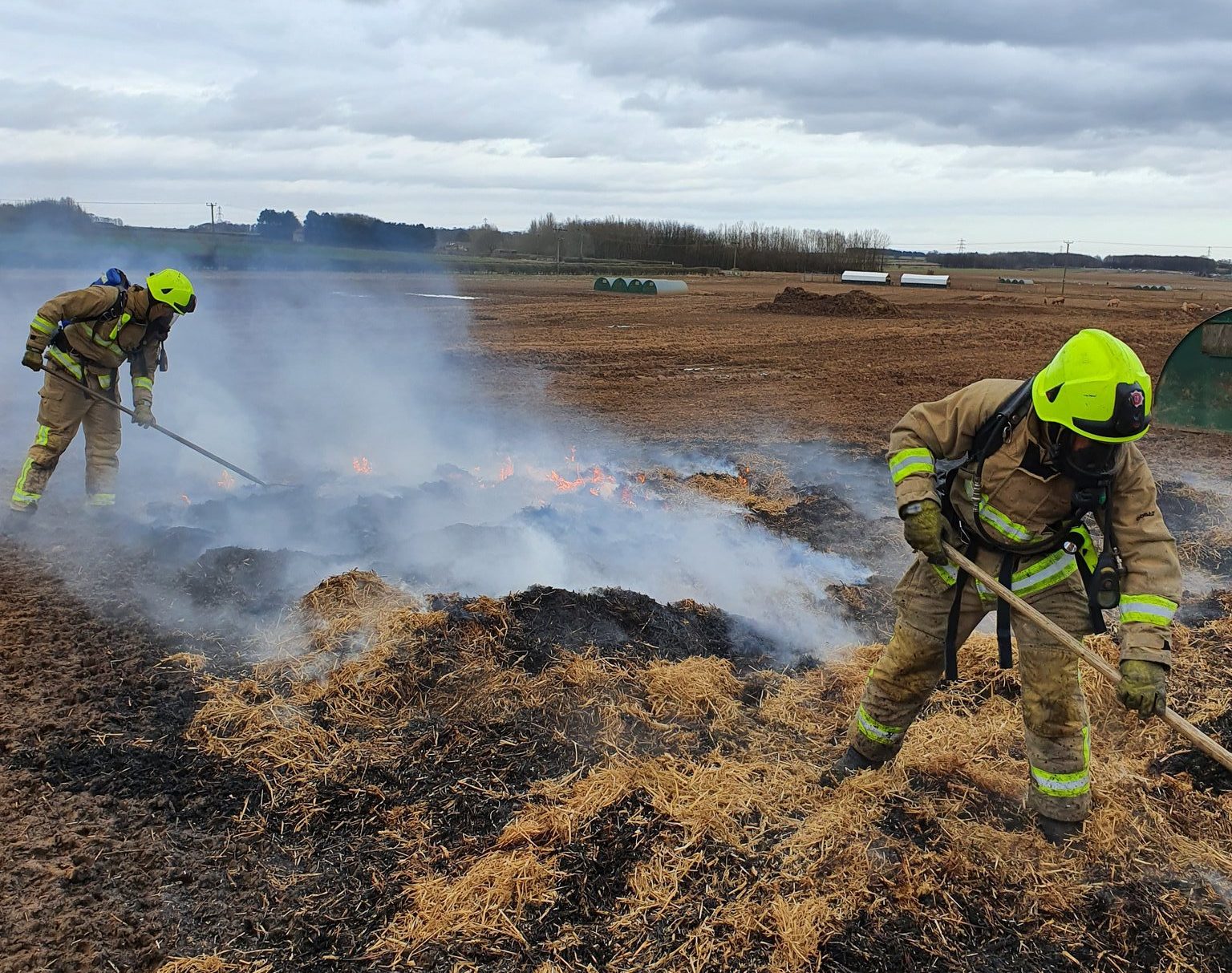 A peckish pig sparked a fire in its pen after swallowing a pedometer and pooping it
out.

Fire crews were called to a blaze covering 75 square metres
at four pigpens in Bramham, near Leeds, on Saturday afternoon. The pedometer was used to
prove the animal was free range.

North Yorkshire Fire and Rescue Service announced they
managed to ‘save the bacon’ as no pigs or people were hurt in the fire.

The crew said the fire was caused by ‘nature taking its course’ and copper from the pedometer battery reacting with the pigpen’s contents.

In a Tweet North Yorkshire Fire and Rescue said: ‘This
should be an oink, not a tweet.

‘It’s believed that the copper from the batteries reacted
with the pigpen’s contents and, in conjunction with dry bedding, ignited
burning approx. 75sqm of hay.

‘A hose reel was used to extinguish the fire and save the bacon.’