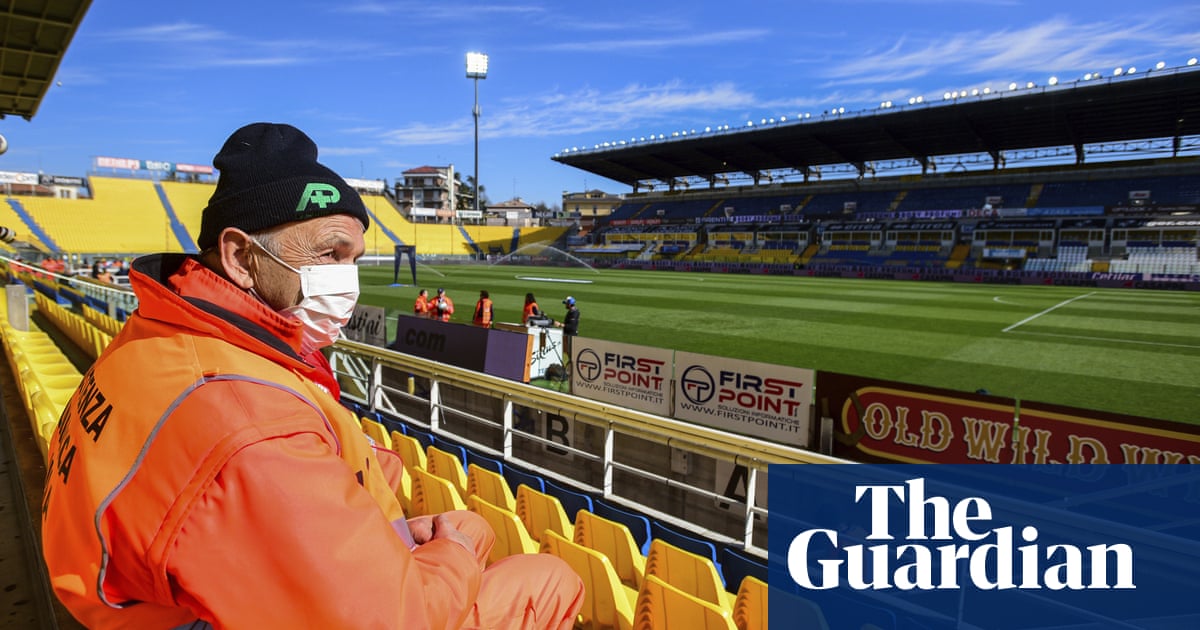 Italian football’s response to the coronavirus outbreak was thrown into further confusion on Sunday when Parma’s home match against Spal was delayed by 75 minutes following an intervention by Italy’s sports minister.

Both teams’ players were standing in the tunnel at the Stadio Tardini, preparing to start the game behind closed doors, when the referee called them back into the dressing room, having received the call that the minister for sport, Vincenzo Spadafora, and the Italian FA (FIGC) were considering a total suspension of the Serie A season.

Instead, after a 35-minute delay, it was announced the game would go ahead along with, it is assumed, the rest of this weekend’s fixture list. The game kicked off at 12.45pm GMT.

Spadafora had said he supported a call from the Italian footballers association president, Damiano Tommasi, to avoid putting players at risk from the virus outbreak.

“It doesn’t make sense right now, when we’re requesting enormous sacrifices of our citizens in order to stop the spread of contagion, to put at risk the health of the players, referees, coaches and fans – who will surely get together to watch the games,” Spadafora said.

“I think [the FIGC president, Gabriele] Gravina should have some additional consideration without waiting for the first case of contagion, before assuming this serious responsibility.”

Five Serie A matches were scheduled for Sunday, beginning with Parma v Spal and concluding with the big Juventus v Internazionale at 7.45pm GMT. All of the matches had already been postponed from last weekend.

Italy announced a sweeping quarantine early on Sunday for its northern regions, igniting travel chaos as it restricted the movements of a quarter of its population in an attempt to halt the new coronavirus’s spread across Europe.

Shortly after midnight, the Italian prime minister, Giuseppe Conte, signed a decree affecting 16m people in the country’s north, including the Lombardy region and at least 14 provinces in neighbouring regions. The measures will be in place until 3 April.

Italy on Saturday reported its biggest daily increase in coronavirus cases since its outbreak began on 21 February. The number of infected people rose 1,247 in the previous 24 hours, taking the total to 5,883. Italys death toll rose to 233.