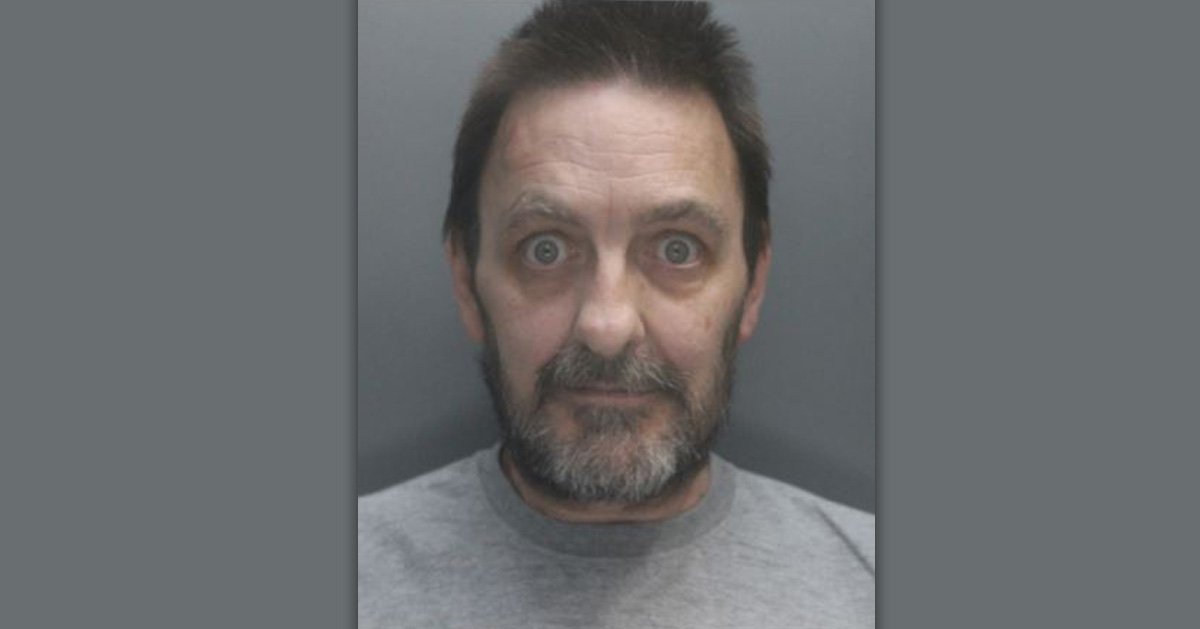 A convicted paedophile who lived near a sweet shop and exposed himself to passers by before brawling with police officers ‘may have forgotten to take his medication that day’, a court was told.

Colin Davies, 49, was originally jailed for 15 months in February 2018 after amassing a sick collection photographs showing children being raped.

Davies, of Carr Meadow
Hey, Bootle, was told to sign on the Sex Offenders Register and obey a Sexual Harm
Prevention Order for 10 years.

After being released he moved back into his flat opposite a sweet shop, newsagents and community centre, but on August 30 2019 he exposed his genitals and bottom to a group of shocked observers.

Fiona McNeill, prosecuting, told Liverpool Crown Court that Davies was seen at the window of his first-floor home shouting and throwing things out of his window, before pulling down his trousers.

He then reappeared in the ground-floor-communal area and again pulled his trousers down and exposed himself, she said.

The court heard he shouted ‘incoherently’ at uniformed police officers and began throwing punches before being tackled to the floor.

He continued to lash out until he was eventually handcuffed, the prosecutor said.

When interviewed under arrest the next day, Davies claimed he was trying to protect himself and that, prior to their arrival, he was being taunted by people outside, including children.

He said a can was thrown at his window and a crowd had gathered outside.

Police asked if he was on any medication and he said he may have forgotten to take it that day, the court heard.

He was then asked if he
had shown his genitals to anyone and said he might have.

Davies then confessed that he pulled his trousers down and had shown people his bottom.

Prosecutors accepted he
had been taunted and that his reaction was inappropriate rather than sexual.

Cheryl Mottram, defending, said he was abused by youths, who had called him offensive names including ‘retard’. She said the day’s ridiculing had been ‘the straw that broke the camel’s back’.

Judge Robert Warnock issued Davies with a six-month jail sentence and told him to sign the Sex Offenders Register for seven years. Because of time served on remand, Davies was released last week.