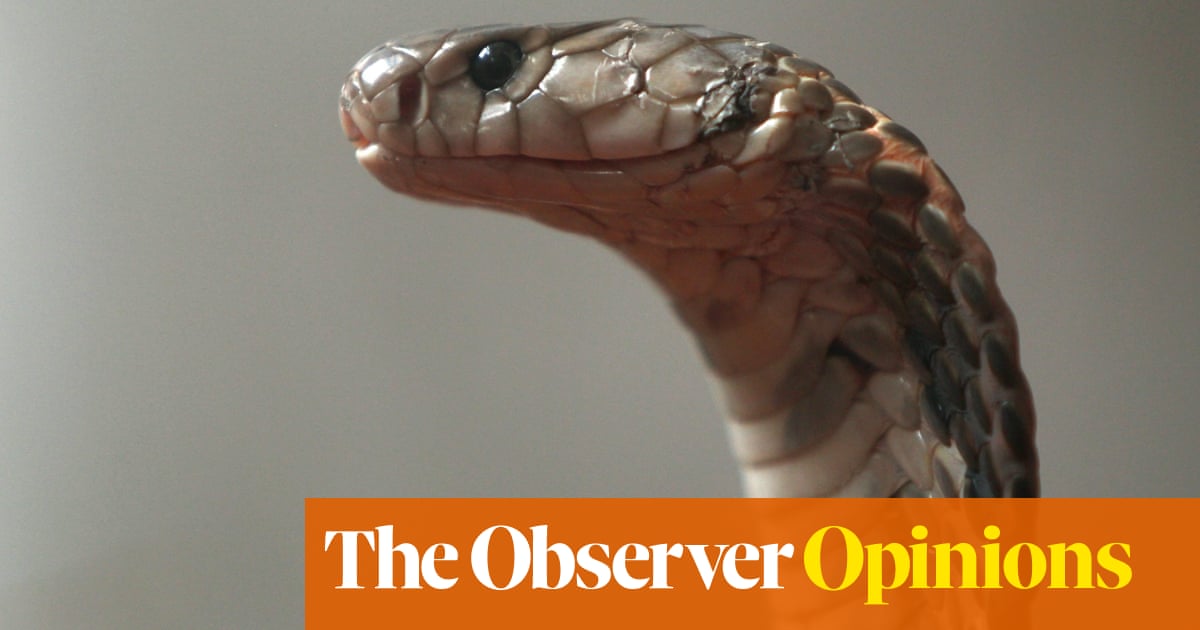 Exactly how powerful is a cobra? I only ask because it seems the species is getting something of a bad name. It can move at up to 12mph, a damn sight quicker than I can run, and the amount of venom it can deliver in a single bite is enough to kill 20 people, or even an elephant. So not to be sniffed at.

So why is the government’s emergency committee known as Cobra? You would have thought that the coronavirus crisis would have seen it summoned earlier than the beginning of last week to produce a robust response. I feel it should be renamed the slow loris committee.

At least in these uncertain times we can count on the pointy heads in the City to rise to the occasion. Discussing Covid-19, Prof Roger Farmer, of the National Institute of Economic and Social Research, came up trumps: “If the stock market decline persists, it will cause a recession. The mechanism will be a self-fulfilling feedback loop that generates a fall in aggregate demand and causes deflation. It is very dangerous.” Oh joy – a loop, later upgraded to a doom loop. Chuck in a loop and you know we are in trouble.

To sporting matters. A lower league footballer was described last week as “operating out of Peterborough”. Operating out of? Who did the writer think he was – the fabulously named gangster Machine Gun Kelly?

The peerless rugby commentator David Flatman has been at it again. After a quite shambolic try scored for Gloucester by Billy Twelvetrees against Sale, the ball rebounding off his head, his fellow commentator Mark Durden-Smith asked Flats if he thought heading the ball should be part of the rugby skill set. Without faltering, he demurred, declaring that “headering the ball” could be dangerous and that “headering” had no place in rugby.

Well said Flats, and with a perfectly straight face.

•Jonathan Bouquet is an Observer columnist