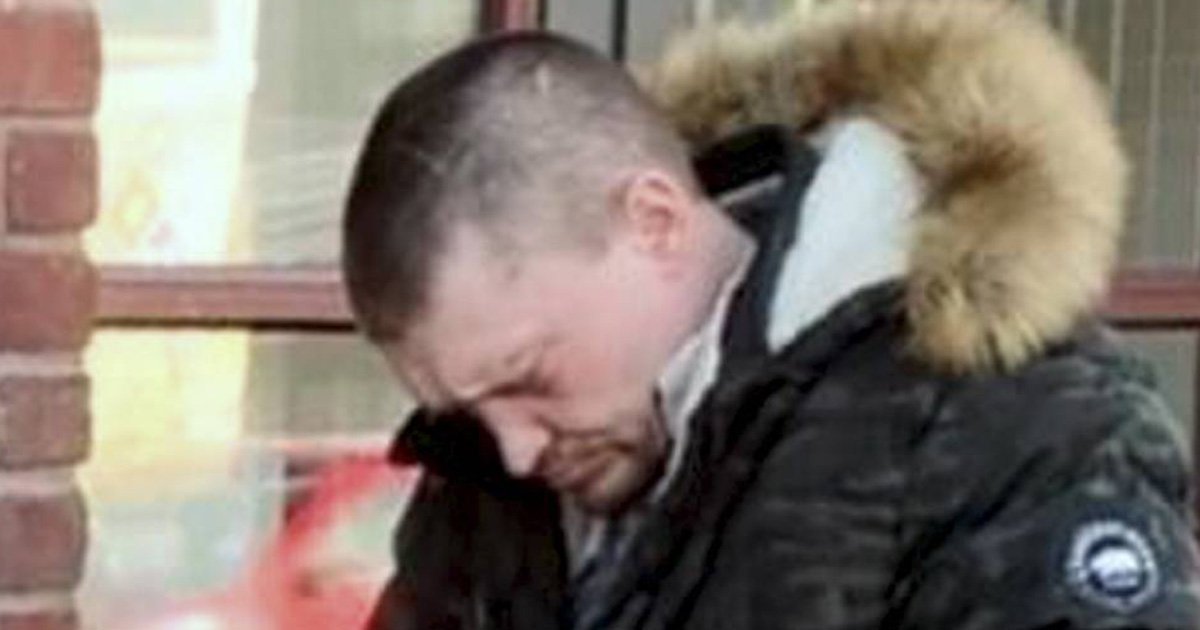 A con artist emptied a syringe of blood over his hand and pretended he had been stabbed to scam women into giving him money.

Andrew Lawson, 41, approached a lone female in Darlington, County Durham, claiming he had been attacked by a gang of youths with a screwdriver.

He told her his bike had been stolen and he needed money to get home.

A court heard Lawson targeted at least three women, successfully getting two to give him cash.

John Garside, prosecuting, said: ‘At
around 10pm, on February 17, a woman was walking to the car park at Feethams
when she was approached by the defendant.

‘He was earlier caught on CCTV
applying blood to his left hand using a syringe to give the appearance of being
injured.

‘He told her he needed money to get back home to Redcar.’

Lawson, of Wordsworth Road, Darlington, also approached another woman in a Morrisons car park on February 14,  again covered in blood, claiming he had been stabbed.

Mr Garside said: ‘He told her he had been stabbed in the hand and had been refused hospital treatment and needed £10 for a taxi home.

‘She went to the cash point and
withdrew £10 and gave it to him. He was not injured in any way.’

Rob Hutchinson, mitigating, said Lawson was a heroin addict who was struggling to feed his habit after his benefits had been stopped.

He said: ‘In a fairly frank
disclosure, he has explained that he has an addiction to heroin and has been
misusing the drug for quite a while.

‘At the time of this incident he had
been claiming benefits. However, he had not received them for a number of weeks
and needed to seek alternative methods so he could obtain the drugs that he
required.

‘It is not a beautiful scenario but that is the reality of the situation.

‘He felt like this was a preferable
alternative to going out stealing, this was essentially heightened begging.

‘A situation clearly unpleasant for those people he targeted but this was not an outcome he expected.’

Lawson pleaded guilty to three counts
of fraud and one of possessing a controlled article, namely a syringe, between
February 14 and 17 this year.

He was sentenced to 18 weeks in custody suspended for 18 months and must pay back the cash he took from the victims. He must also complete 15 rehabilitation activity days.