Prince Harry shared a warm embrace with six-time Formula One world champion driver Lewis Hamilton on one of his final duties as a senior royal.

The Duke of Sussex officially opened a new museum showcasing the Silverstone racetrack and was driven to its doors in an electric Mercedes by Hamilton.

The royal paid tribute to staff at The Silverstone Experience, a museum charting British motor racing through the years.

He said they had managed to turn a ‘cold, dusty’ World War Two hangar into something ‘remarkable.’

The experience in Northamptonshire is the new home of the British Racing Drivers’ Club’s (BRDC) archive and also boasts hands-on exhibits for visitors.

Harry was greeted by dignitaries including former world champion F1 driver Damon Hill – who took the crown with the Williams team in 1996.

He also met some of the current crop of drivers, Williams’ George Russell and Red Bull racer Alex Albon.

The visit marks a final run of royal duties for Harry since he and his wife Meghan issued their bombshell announcement that they were moving to Canada and stepping down as senior royals.

Last night they celebrated the achievements of wounded, sick and injured service personnel at the Endeavour Fund Awards.

They will attend the Mountbatten Festival of Music at the Royal Albert Hall on March 7, and Meghan will mark International Women’s Day.

The duke and duchess will join the Queen and other royals at the Commonwealth Day service in Westminster Abbey on March 9 – their last official appearance as HRHs.

Harry’s solo tour of The Silverstone Experience saw him officially open the building on Friday morning.

He said: ‘I’ll keep this brief – there’s nothing better than officially opening a building that is very much open.

‘Tomorrow marks two years since we were last here and I can’t believe that you’ve managed to turn a World War Two hangar that was pretty cold, pretty dusty, two years ago into this remarkable experience.

‘Thank you for being able to do that under a huge amount of pressure as well, thank you for providing so many of these opportunities for so many young people.

‘And thank you for really putting a marker down for what British motor-racing means to the world.”

He added: ‘It’s a long time coming, having walked through it now I am probably going to have to come back to actually really soak up the experience for myself.’

Hamilton, who drives for Mercedes, begins his bid to take a record-equalling seventh world title when the new Formula One season kicks off with the Australian Grand Prix next weekend. 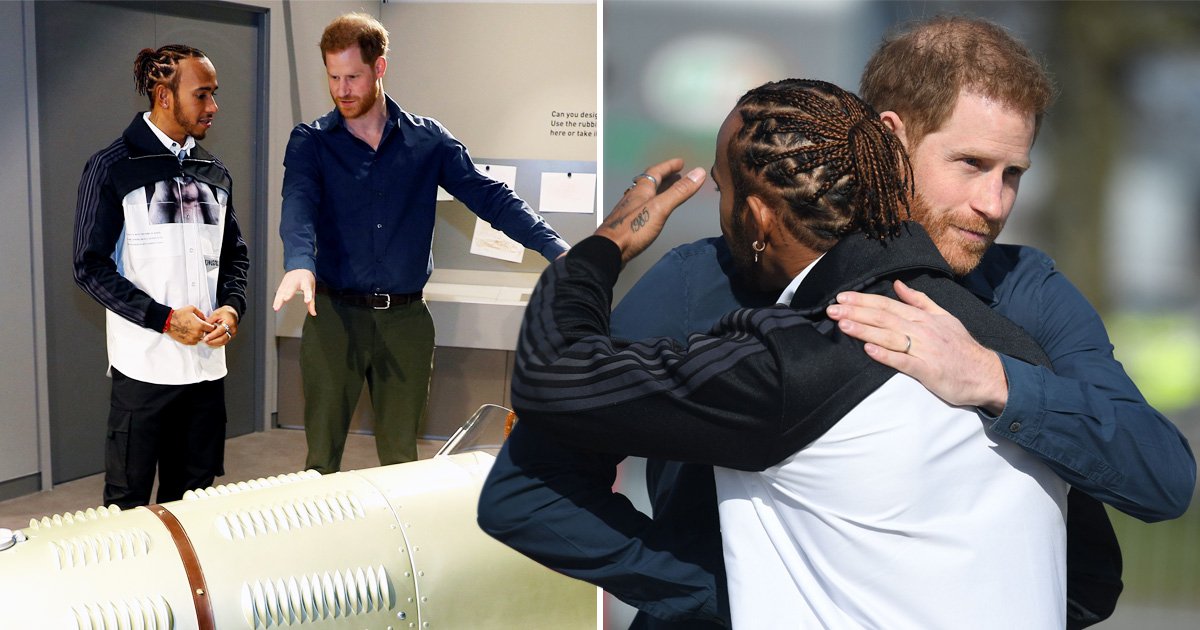