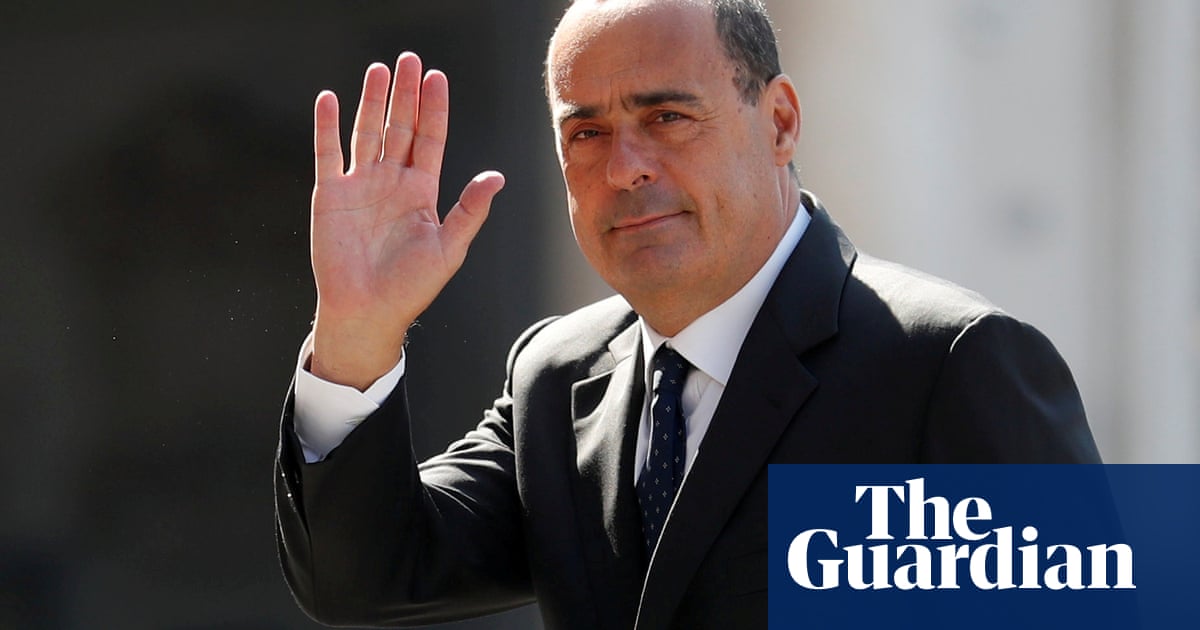 Nicola Zingaretti, the leader of Italy’s Democratic party, one of the national ruling parties, has tested positive for coronavirus.

Zingaretti, who is also president of the Lazio region, made the announcement in a Facebook video.

“So, it’s arrived, I also have coronavirus,” he said. “I am fine, and therefore I am in quarantine at home. From here, I’ll continue to do what I can do. My family are also following the protocols, and ASL [the local health authority] is contacting people who have worked closely [with me] in recent days to carry out checks. I have always said ‘don’t panic’ and that we will fight this.”

Zingaretti is the first leading Italian politician confirmed to have the disease. Two councillors in Lombardy, the northern region worst hit by the virus, tested positive last week and a police officer who is part of the security team for Matteo Salvini, the leader of the League, tested positive on Friday.

Zingaretti was elected leader of the Democratic party, which rules in coalition with the Five Star Movement, in March last year.

Italy is grappling to contain Europe’s worst outbreak of the virus, with 4,636 cases detected as of Friday evening, according to official figures. Of that number, 197 people have died and 523 people have recovered. Italy has so far carried out 36,359 tests.

Eleven towns – 10 in Lombardy and one in Veneto – have been under lockdown for almost two weeks. The government is yet to announce whether the quarantine period will be extended. Schools and universities across the country have been closed until 15 March while major sporting events, such as Serie A football games, will be played behind closed doors until 3 April.

The outbreak is severely damaging the Italian economy, with warnings the tourism sector alone could experience €7.4bn (£6.4bn) of losses during this trimester.