Prince William showed off his juggling skills and Kate took part in hurling as their Ireland tour came to an end.

The Duke and Duchess of Cambridge attended engagements in Galway to celebrate the city’s year as the European Capital of Culture.

William, 37, had a go at juggling. He said: ‘I’ll try this in front of a load of you and flashing cameras, ha, here goes.’

The royal managed to juggle three balls but when he decided to ‘up the stakes’ with a fourth he ended up losing them.

The display prompted Kate, 38, to burst out laughing.

It came after they had watched circus performers Tony Mahon and Isabela Mello during their visit to the Tribeton restaurant and bar.

He added: ‘He really exceeded my expectations. Even trying four balls – that’s next level stuff.’

The Cambridges, who are known for being competitive, went on to visit a local Gaelic Athletic Association (GAA) club where they tried out traditional sports.

Former hockey player Kate looked enthusiastic as she tried her hand at hurling.

Ten-year-old Fionn Molloy said: ‘It was cool playing with them, I think Kate was better, she had powerful shots.’

William and Kate also played Gaelic football during the visit.

‘The royals have never set foot in a GAA club before. They’re doing it in our club in Galway and in Salthill and Knocknacarra today.

‘It’s hugely emotional for us. It’s history being made. Plain and simple.

‘People have been in Croke Park before but they’ve never been in a GAA club before and I think it’s a massive indication from the royal family about their hopes and intentions to connect even further with the community of Ireland, not just parts of Ireland or the hierarchy.

‘This is more than just symbolic, this is them playing our national sport, this is them getting involved in a community-based organisation that’s completely run by volunteerism, so to me it’s a huge message of support for Irish-British relations.’

The engagements marked the end of William and Kate’s three-day tour of Ireland.

Last night, William called on the UK and Ireland to maintain their strong relationship post-Brexit in a speech in Dublin. 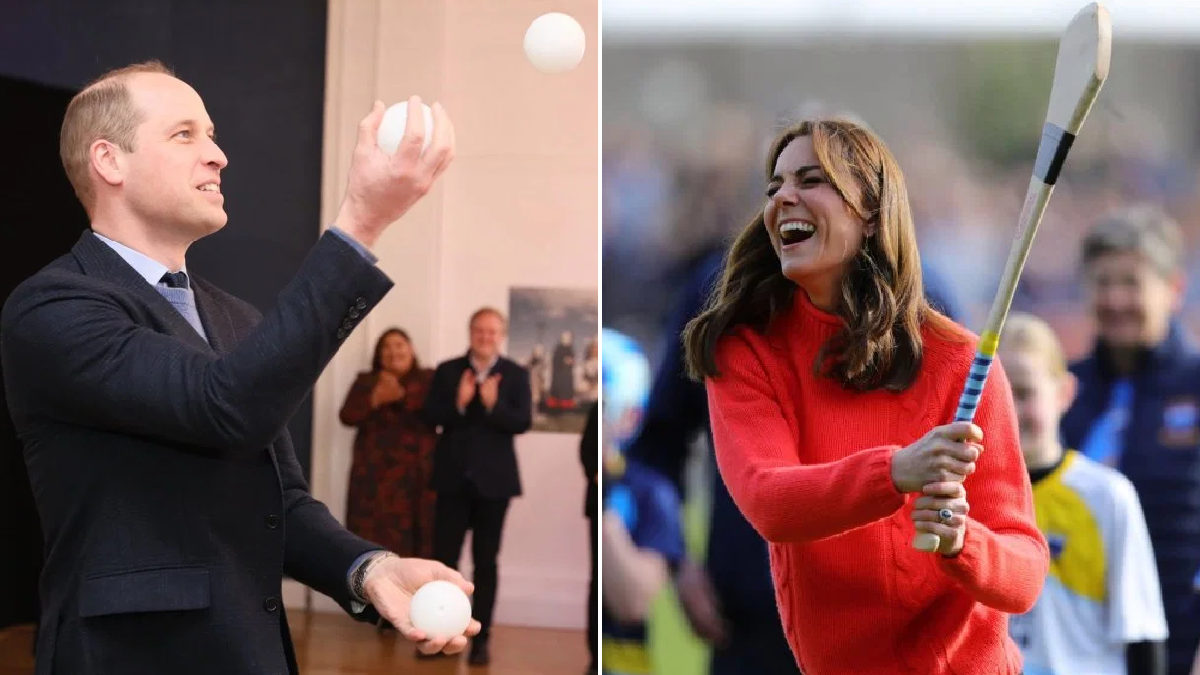