Prince William and Kate have posted a loving picture to Instagram to thank fans for supporting them on their trip to Ireland.

The happy snap, taken during a coastal walk along Howth Cliff, was posted online with the message: ‘Go raibh míle maith agaibh, a chairde go léir in Éirinn 🇮🇪🇬🇧 Thank you to all the wonderful people we met in Ireland.’

It came just hours after a similarly loving picture of Harry and Meghan went viral when the pair attended the Endeavour Fund Awards in London last night.

The snap, of the Duke and Duchess of Sussex walking together in the rain, was praised by royal fans who said the couple looked ‘stunning’ and were ‘glowing’ after their decision to quit as senior royals.

It was their first official joint appearance since they made their bombshell ‘Megxit’ announcement in January and came on the last day of the Duke and Duchess of Cambridge’s trip, when they played Gaelic football and hurling in Galway.

The couple then visited the Tig Coili tavern where they chatted about football, Guinness and Irish music. Hundreds of well-wishers in Galway city centre greeted the couple as their three-day tour came to an end.

Similar numbers turned out for a glimpse of William’s younger brother and his wife as they celebrated the achievement of wounded military veterans, where Harry said he was ‘proud to serve Queen and country’.

He and Meghan smiled for the cameras and crowd who greeted them in the rain at Mansion House in London, before the duke gave a speech saying: ‘Meghan and I are so happy to be back with you.’

The duke and duchess will attend the Mountbatten Festival of Music at the Royal Albert Hall on March 7, and Meghan will mark International Women’s Day.

They will then will join the Queen and other royals at the Commonwealth Day service in Westminster Abbey on March 9, their last official appearance as HRHs.

Harry and Meghan’s decision to step down as senior royals will take effect on March 31. 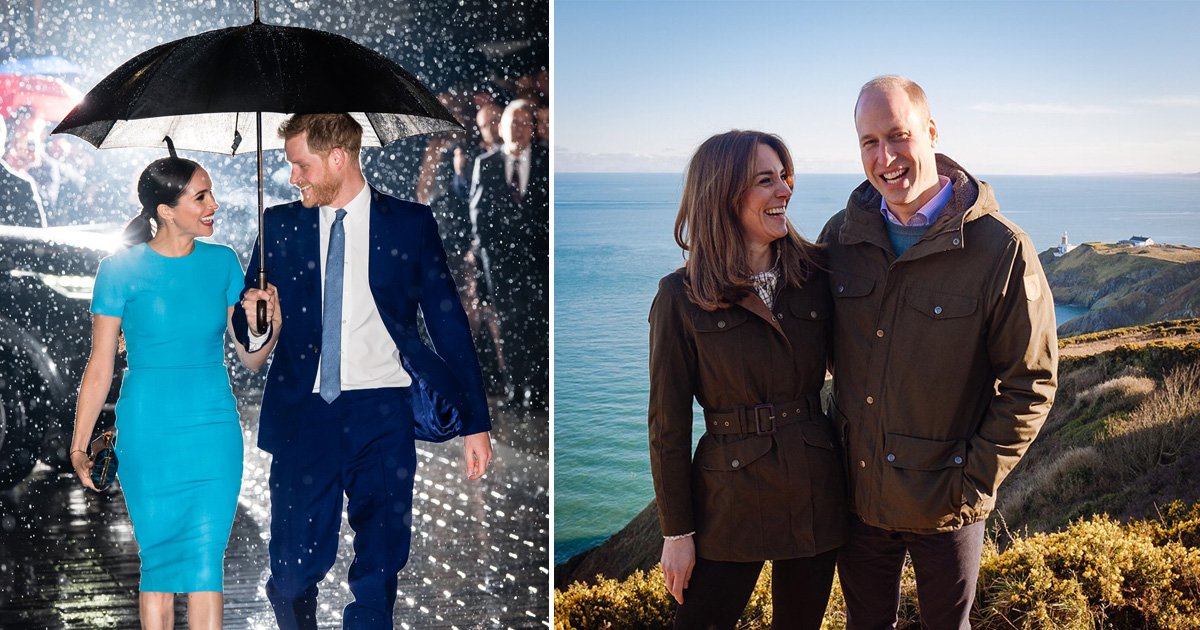