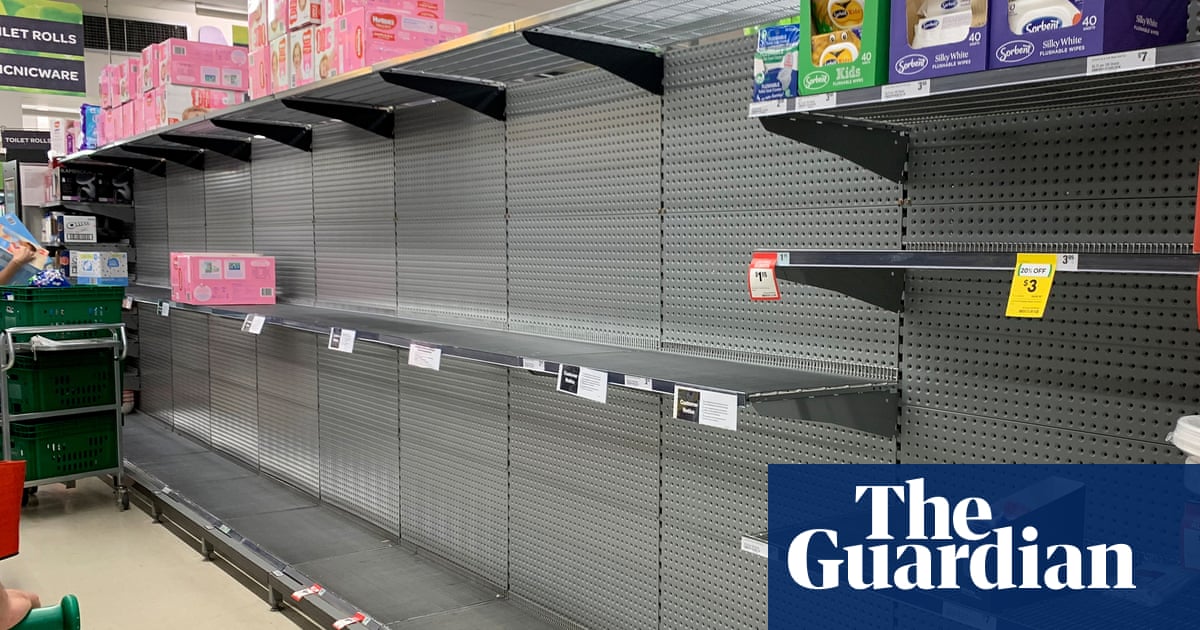 NSW police had to be called to a western Sydney supermarket on Saturday morning after a fight broke out among three women over toilet paper.

On Saturday afternoon NSW police asked the women involved to come forward, and warned shoppers to behave themselves.

“We just ask that people don’t panic like this when they go out shopping,” NSW police acting inspector Andrew New said. “There is no need for it. It isn’t the Thunderdome, it isn’t Mad Max, we don’t need to do that.

“Violence of this nature will not be tolerated and anyone involved in this behaviour may be committing an offence and find themselves before the court.

“There is no need for people to go out and panic buy at supermarkets, paracetamol and canned food or toilet paper.”

Police said they were called to a Woolworths store at Chullora about 7am after reports a 49-year-old woman had been assaulted.

A video of the incident was shared on social media and showed a small group of women pushing, yelling and fighting over a shopping cart filled with toilet paper.

The video shows one woman pulling the hair of another during the heated altercation.

One woman yells: “I just want one packet.”

Another woman, who is in possession of the trolley packed with toilet paper, replies “No, not one packet”, before two supermarket workers intervene to break up the argument.

The woman was not injured and no arrests were made, however police now want to interview the other woman involved in the altercation.

“Police are appealing for information following an altercation at a supermarket in Sydney’s south west earlier today,” NSW police said.

“Staff intervened, separating the women and police were notified.

“No arrests have been made and as inquiries continue, police are appealing for public assistance to identify the other women involved.”

Earlier in the week Woolworths imposed a four-packet limit on the sale of toilet paper after having its shelves stripped by shoppers.

“We will not tolerate violence of any kind from our customers in our stores and we are working with police who are investigating the matter,” a Woolworths spokesperson said.