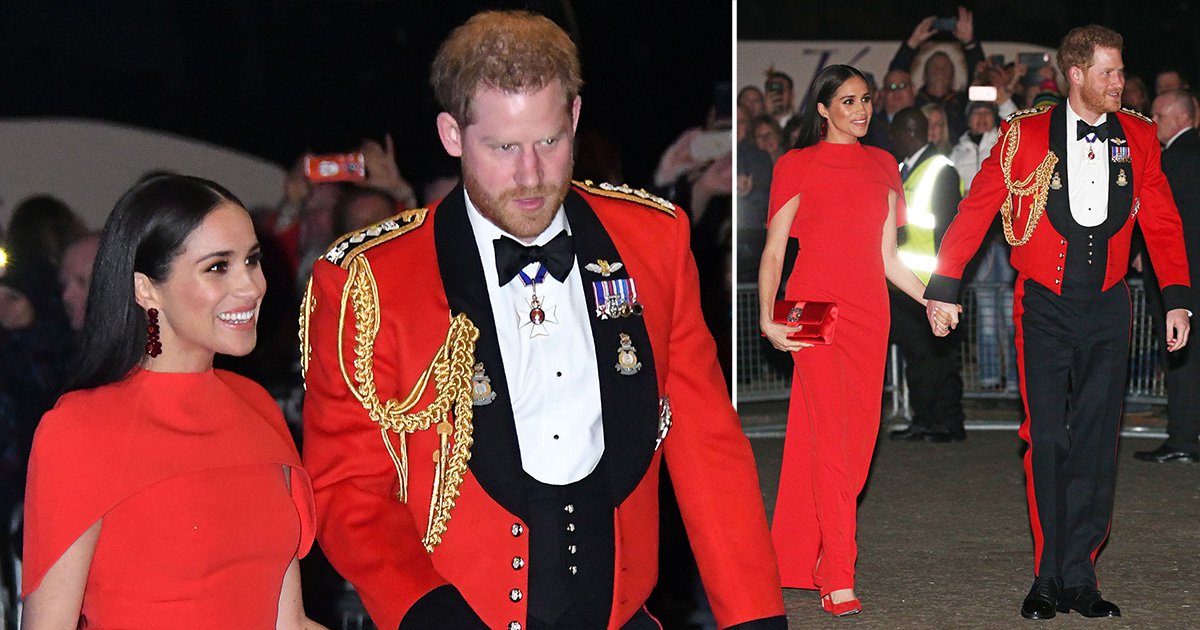 The Duke and Duchess of Sussex have arrived at the Royal Albert Hall for one of their final public engagements before they step back as senior royals.

The pair were at the Mountbatten Festival of Music, with the Prince serving in his role as Captain General of the Royal Marines.

Harry and Meghan met with five members of the Royal Marines before taking their seats in the royal box of the famous South Kensington venue.

It has been a busy week for the royal couple as they wind down public life and begin their next chapter as private citizens on March 31.

They returned to the UK to attend Thursday’s Endeavour Fund Awards at Mansion House in central London in what was Meghan’s first public appearance since shocking the world since Megxit.

Earlier that day Harry was spotted at Buckingham Palace with the Prince having held a ‘heart to heart’ with the Queen.

The couple’s spokeswoman said: ‘In addition to the official engagements the Duke and Duchess are conducting over the course of the next few days, they are also meeting privately with several of their patronages.’

The Duke and Duchess are expected to join the Queen and other royals at the Commonwealth Day service in Westminster Abbey on March 9, in what is expected to be their final official appearance as HRHs.

The Sussexes had not been seen together on an official engagement since January 7 when they visited Canada House in London to thank the Commonwealth nation for hosting them during their festive break.

The following day, Harry and Meghan sent shockwaves through the royal household when they announced they were to step back as senior royals and become financially independent.