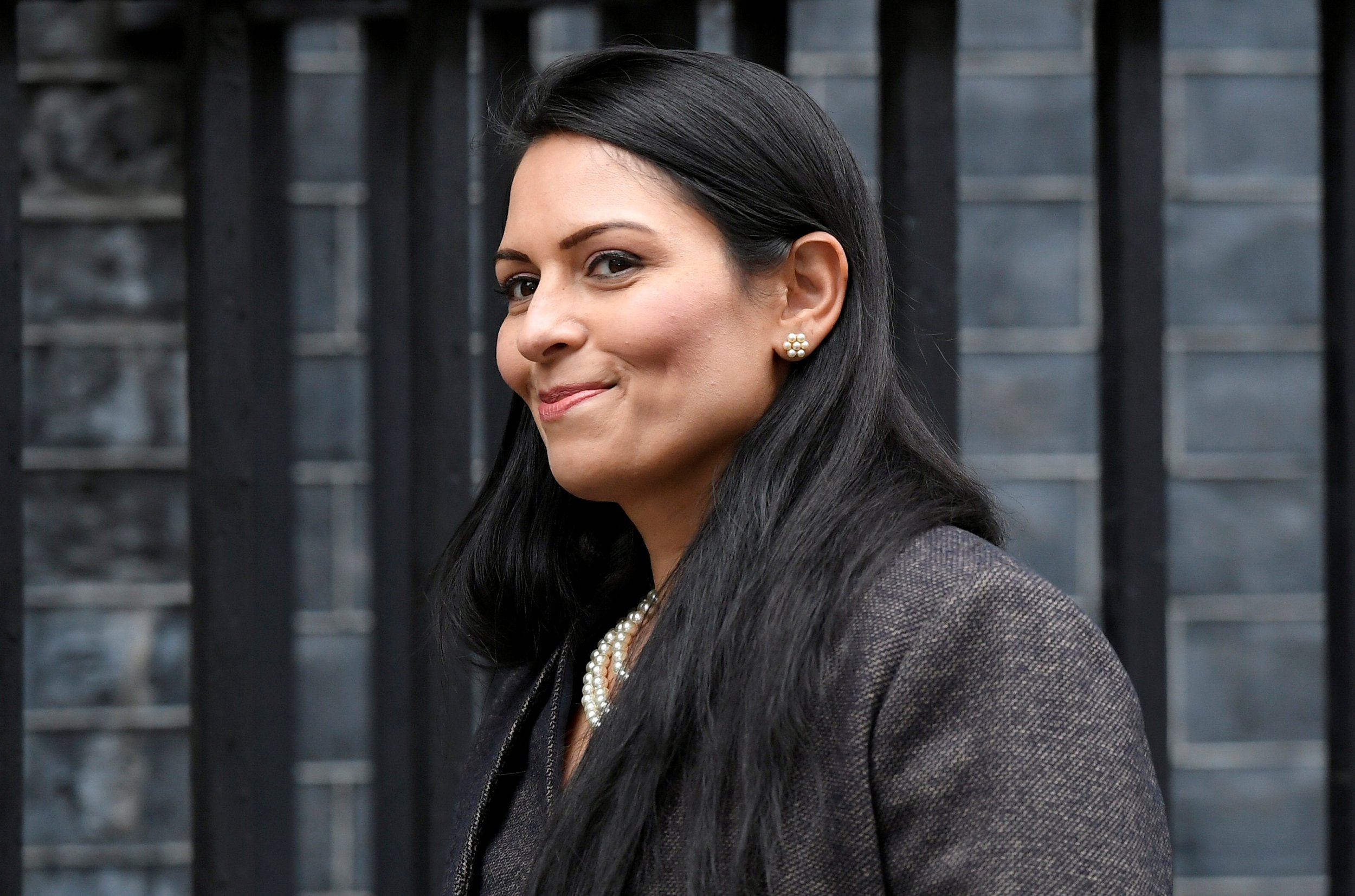 The Guardian has been accused of racism over a cartoon showing Priti Patel and Boris Johnson.

Steve Bell depicted both politicians as bulls, with horns and rings through their noses.

There has been a backlash against the image, with some claiming it was offensive given the Home Secretary’s Hindu heritage.

Politics lecturer Adrian Hilton tweeted: ‘Good grief, I hadn’t seen this derogatory caricature of a ‘sacred cow’, lampooning Priti Patel’s Indian/Hindu heritage. Why does Kath Viner @guardian not consider this to be an expression of religious/racial “hate”?’

The British Tamil Conservatives added: ‘This cartoon is offensive on every level. – It’s anti-Hindu. It portrays the Home Secretary, of Hindu origin as a cow. A sacred symbol for Hindus. – Its racist and – misogynist. It’s plainly unacceptable! It may constitute a hate crime.’

Others claimed the cartoon showed a double standard, saying there would have been a public outcry if a left-wing BAME politician had been portrayed in such a way.

One man said: ‘Imagine the reaction if the Telegraph portrayed Diane Abbott with a ring in her nose.’

Another asked: ‘Racism is okay when the left does it huh?’

The cartoon refers to the bullying allegations against Priti Patel and her defence by Boris Johnson.

A Cabinet Office inquiry into allegations Ms Patel broke the ministerial code is under way.

Among the claims are that a senior official at the Department for International Development had reported a ‘tsunami’ of allegations of abuse by officials in Ms Patel’s private office when she was secretary of state, BBC2’s Newsnight reported.

Those allegations came after a former aide at the Department for Work and Pensions was reported to have received a £25,000 payout from the Government, having said she was bullied by Ms Patel when she was employment minister.

A spokesman for Ms Patel said: ‘The Home Secretary categorically denies all of these allegations.’