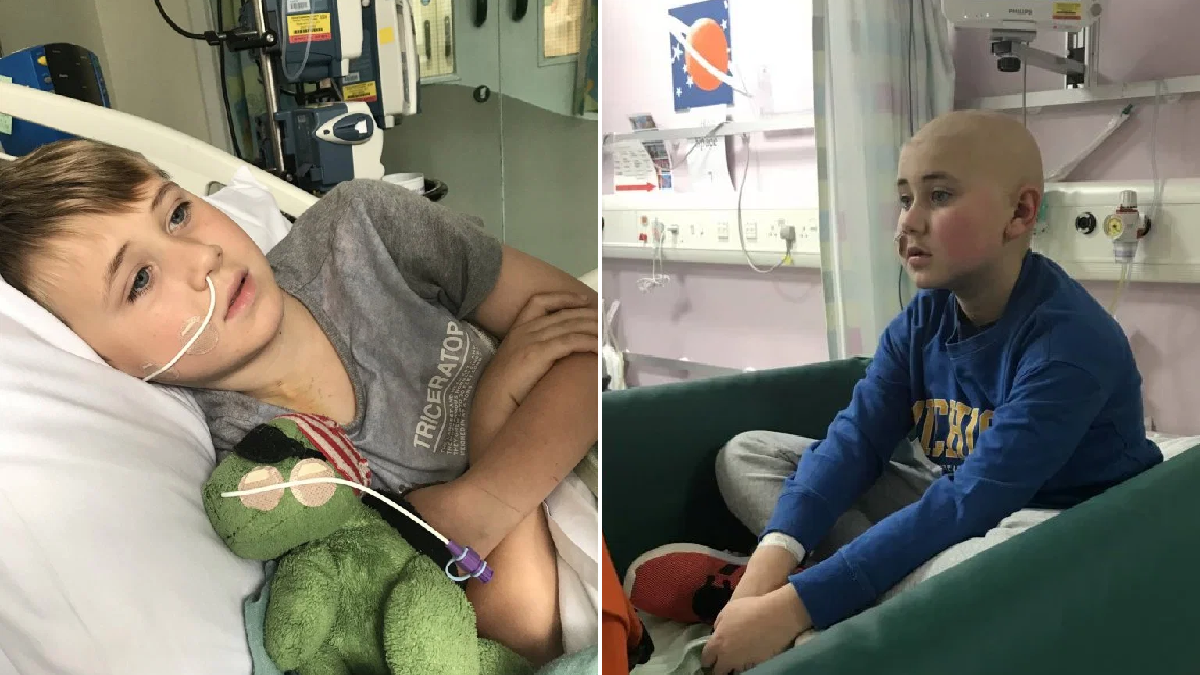 The parents of an 11-year-old boy battling blood cancer have been forced to spend a staggering £5,000 on hospital parking just to visit their son.

Schoolboy Darcy Sturman is fighting for his life on a
children’s ward after being diagnosed with leukaemia in September 2017. He has
spent most of the last 30 months in hospital in Sheffield, and even when he has
been well enough to come home, he’s had to return for weekly check-ups.

For the last two and a half years his parents Jay and Jo
Sturman have had to do a 166 mile round trip from their home in Louth, Lincolnshire,
to be with their son.

They’ve racked up 20,000 miles and spent £5,000 on parking and £7,000 on fuel during their twice a week trips. They have to pay £16 a day to park in Sheffield Hospital’s private car park because the 26 spaces in the regular car park are ‘always taken’, the couple claim.

Jay is speaking out as the Government’s pledge to provide free hospital parking for parents of sick children is to start next month – a promise he says the hospital has said it can’t fulfil.

The dad-of-two said: ‘The cost is absolutely relentless and
to be honest it’s heartbreaking.

‘We are obviously going to do whatever it costs to be here
with him but financially it is crippling.

‘These sorts of things are the hidden costs of cancer. For
us it is like having to pay for a second mortgage.

‘I have had to take out credit cards just to pay for petrol
and parking and it doesn’t seem fair.

‘We are in loads of debt because of the travel costs. All we are doing is visiting our son in hospital and it’s financially crippling us.’

Speaking from his son’s hospital bedside, Jay explained how his son’s cancer was spotted in the A&E clinic at Grimsby Hospital after Darcy found random bruises on his skin.

Blood tests revealed cancerous cells in his blood and Darcy
was transferred for specialist treatment at Sheffield Children’s Hospital.

Jay said: ‘He was eight-years-old at the time and was a
really fit and active lad. He played rugby and loved to be outside. But almost
overnight our lives were turned upside down.

‘When something like this happens it tears the family apart.
Me and my wife have both been off work and the strain is felt among us all.

‘We have had to put our main priorities in life on hold. We
are missing out on seeing our children growing up. We can’t have holidays and
are just focusing on supporting Darcy.’

Darcy has had a blood transfusion and chemotherapy treatment
in a bid to cure the cancer.

Doctors gave him a 50% to 60% chance of making a full recovery after having a blood transplant in November 2018.

But he suffered a relapse after a small amount of disease
survived the treatment and began to grow again.

To help with the 166-mile return trips from Louth to
Sheffield, Jay said he had to sell his 2001 Volkswagen Beetle and buy a more
reliable car.

Jay said: ‘The entire hospital only has 26 spaces which is a bit of a joke. We have no chance of being able to park there.

‘The parking issue is just an absolute nightmare. From next
month the Government is supposed to be providing free parking at all hospitals.

‘But I just can’t see it. I’ve asked the hospital about it
myself and they have told me “we can’t make it work”.

‘From what I can see nothing is going to change here and we
will be left to pay all the time.’

Jay and Jo have set up a GoFundMe
page to keep the costs down.

Sheffield Children’s NHS Foundation Trust has been contacted
for a statement.