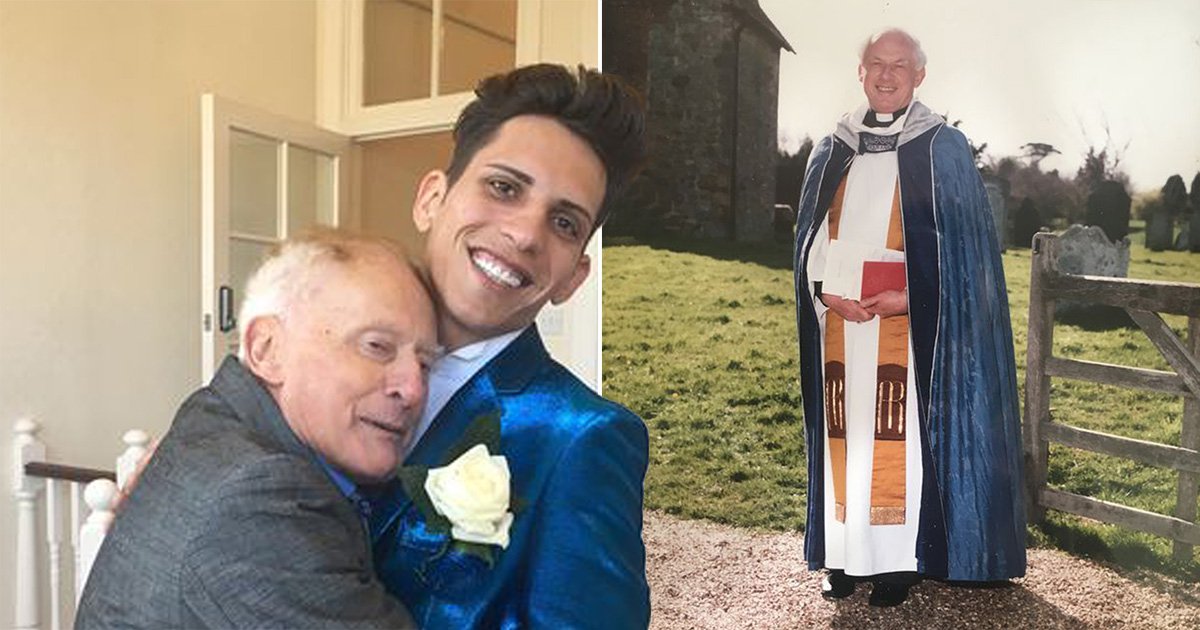 The rollercoaster on-off romance between an 81-year-old retired vicar and his toyboy Romanian husband finally looks to be settling down after the pair moved in together, again.

Philip Clements and his 27-year-old husband Florin Marin got married three years ago after meeting on the Gaydar dating app.

Mr Clements now hopes the couple, separated by 54 years and nearly 2,500 miles, can start to live a normal married life after spending most of their relationship apart.

It’s the not first time the couple have had a stab at living with each other in Romania. In 2017, the newlyweds spilt after only five months together, leaving Mr Clements broke and homeless after he sold his £215,000 home in Sandwich, Kent, to be with Mr Marin.

The ex-reverend is hopeful of making a greater success of it this time around. Speaking to The Sun after his first month back in Bucharest, he said: ‘Florian understands me much better and I understand him much better.

‘I know when he’s busy not to disturb him and to give him space.

‘He goes to the gay club in Bucharest once a week and I’m fine with that.’

He said it was important his husband had space to be with people his own age given their 54 year age gap.

The couple will be living off Philip’s teaching and church pensions until Florian, who had worked for a car rental company at Alicante airport in Spain, can find a job in his hometown.

Florin says he doesn’t like being called a ‘gold digger’ but does not care what people say about him.

Philip said the church’s stance on homosexuality forced him to repress his sexuality throughout his career, but he was now able to be his ‘true-self’.

Church of England’s rules state that clergy cannot enter same-sex marriages. Civil partnerships are allowed but they must remain celibate.

The pair plan to spend their third wedding anniversary at home with Florin making a home-cooked meal.