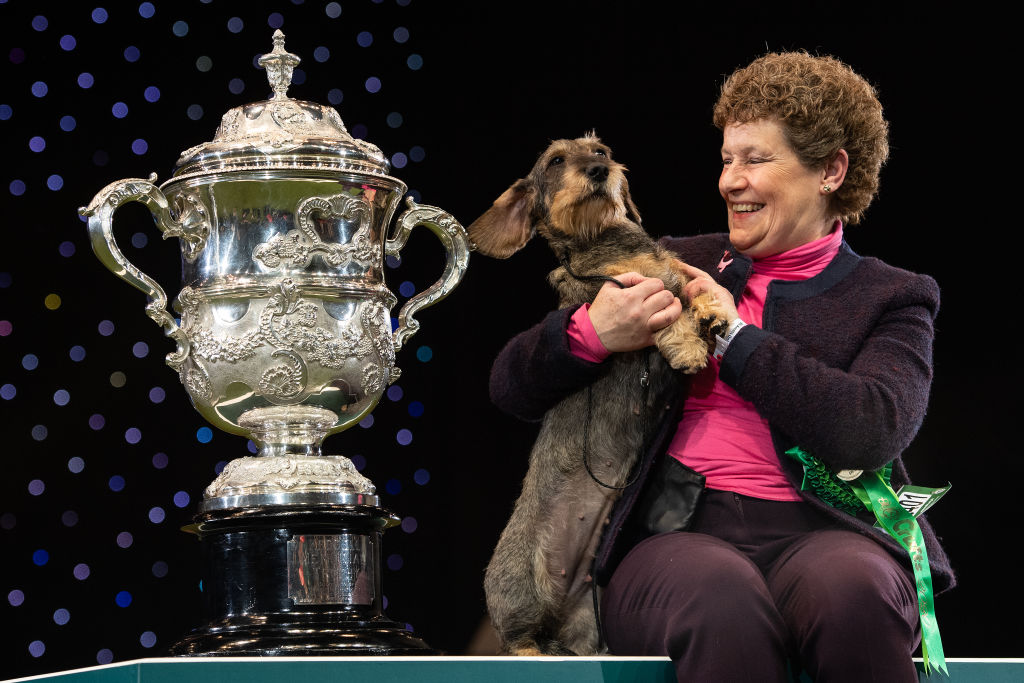 Crufts 2020 has drawn to a close, culminating in the award of the much-coveted Best in Show prize.

The four-day event is the biggest dog event of the year and brings together around 20,000 dogs and a further 160,000 attendees.

Last week, there were concerns the event, which has been running since 1891, could be cancelled due to the ongoing coronavirus outbreak.

However, the show went on as scheduled at the Birmingham NEC, bringing together the usual lovable rescue dogs, and adorably useless pups we’ve come to know and love.

So who won the hotly-contested Best in Show award this year, and how much prize money do they take home?

Maisie the Wire Haired Dachshund scooped the Best in Show award, celebrating her win by relieving herself on the turf while she did the victory lap.

Luckily her owner Kim McCalmont had her trusty poop bag on hand to scoop up the Dachshund’s, erm, residue.

Maisie found herself in the final after winning the Hound breed class category.

The bookies were predicting a Terrier to take home the prize this year, with a Hound second to win.

Vanessa McAlpine, Crufts Show Manager, said: ‘Congratulations to Maisie and Kim! It has been fantastic to watch their strong relationship together in the ring and they are very deserving winners.’

What does the winner of Crufts get?

In addition to this, they are given a modest cash prize although it is believed the prestige of the win can earn them extra profits through advertising and sponsorship deals.

MORE: Kratu the rescue dog who is terrible at agility is back at Crufts 2020 – and this time he’s running off with a pole