Crufts 2020 is now in full swing with over 20,000 different dogs descending on Birmingham to compete in various categories including the biggest prize of them all, Best in Show.

‘The Greatest Dog Show in The World’ features unique dog events and competitions but the most famous and revered category is, without a doubt, Best in Show, which is announced on the final day.

In 2019, this honour was won by a papillon named Dylan, who despite being small, fluffy and adorable also has the nickname ‘Dylan the villain’ – what’s not to love?

Dylan, a Toy dog who also won first prize in his individual
category, beat six other finalists to take home the title along with his proud
owner Kathleen Roosens.

But which dog breed is the favourite to take home the trophy this year?

What are the Crufts 2020 Best in Show winner odds?

The current odds on which breed of dog will win Best in Show
this year according to Betway are as follows:

After Dylan’s big win last year, it looks like the small Toy
dog breed is less favoured to take home the prize this year, with Terriers
instead being the favourite to win Best in Show in 2020.

Betway’s Chad Yeomans commented: ‘The Terrier is bounding
towards Crufts Best in Show at 13/8 to be crowned as this year’s top dog, as
Jack Russells and Bull Terriers jump through hoops to showcase their canine
credentials.’

‘Tailing closely behind at 7/4 is the Hound, with the Gun
aiming for the title at 5/2. The Working dog is a far-fetched bet, chasing the
pack at 16/1.’

If you don’t want to miss a bark, woof or whistle from this year’s Crufts event, you can catch all of the main arena action from the four day event via the official Crufts YouTube channel.

The show streams live on YouTube and Crufts also upload daily highlights if you only have time to watch the best bits.

You can also watch Crufts 2020 on Channel 4 and More4, who
produce daily coverage of the show.

If you want to watch the action live and see the Best in Show winner crowned live at the Resorts World Arena in Birmingham, there are still tickets available to buy either online or on the door on the day for either Saturday 7 or Sunday 8 March.

Click here for more information and to buy tickets for Crufts 2020.

MORE: Scarlett Moffatt gets to play with all the dogs as she poses with Crufts taxi and policemen

MORE: Why is Crufts called Crufts and how long has it been running? 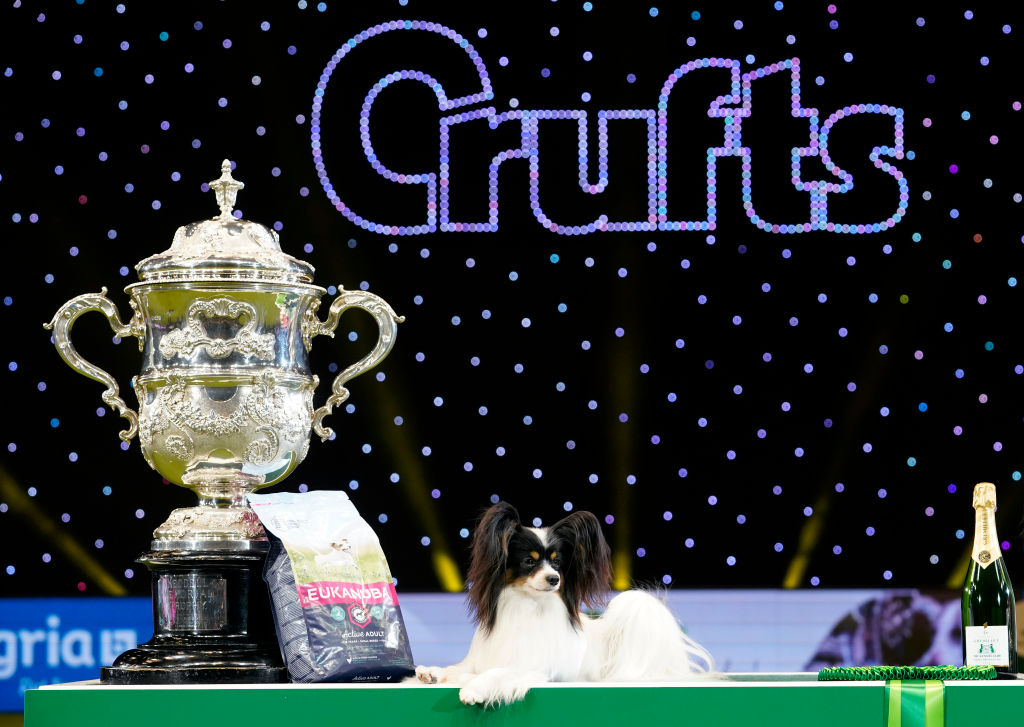