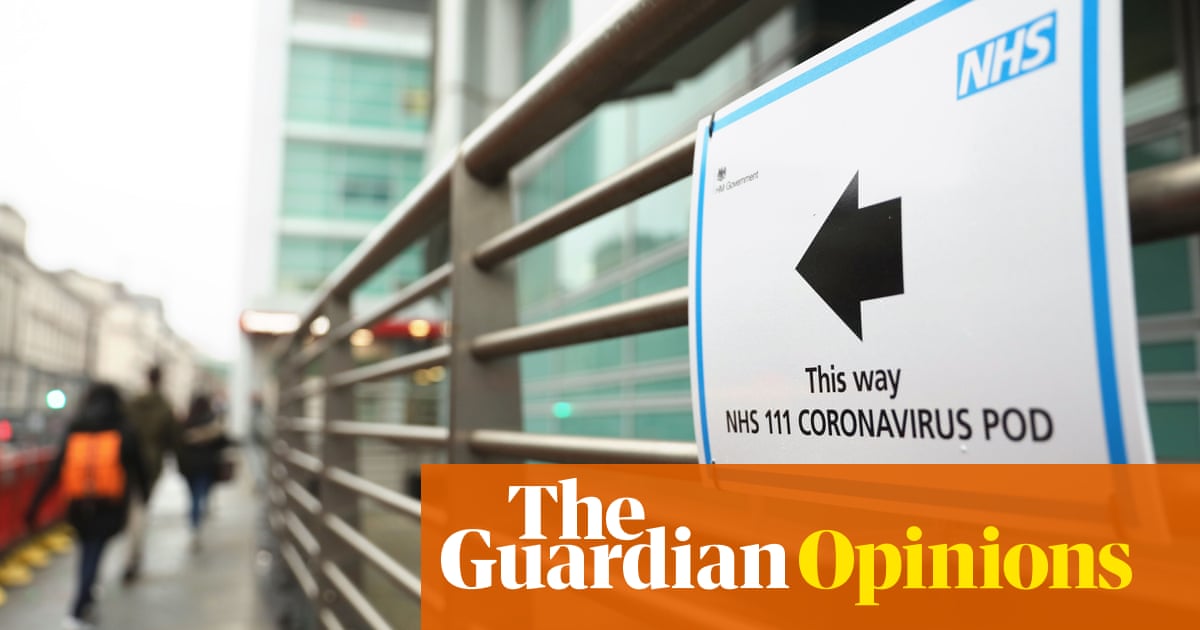 Blame Boris Johnson for almost everything, but not for the arrival of the coronavirus. He puts on his serious face, slightly unrumples his hair and tells people to wash their hands. As no one voted for him for public health advice he would do well to let untrusted politicians opine as little as possible, leaving public announcements to the respected chief scientific officer and chief medical officer.

But there is no way of keeping politics out of this. If this epidemic is only half as bad as the official worst-case scenario, the pressure on every aspect of public services will be tested to breaking point. The full effect of a decade of austerity is about to be brutally exposed.

The Tories have won and won again, confident that most people most of the time know nothing of cuts in services

Until now, the Tories have won and won again, despite the deepest austerity – confident that most people, most of the time, know nothing of cuts in public services they aren’t using now or can’t see. Though the A&E crisis is never off our TV screens, the remainder stays below most voters’ radar. But this virus may expose the true state of the country for all to see.

Tim Cook, an ICU doctor, writing in the Guardian, gave a graphic picture of the lack of intensive care and critical care beds – Britain ranking 23rd out of 31 countries for provision, and almost bottom for the number of hospital beds overall. But what of every other service?

Local authorities have the lead role in public health emergencies: they do disaster rehearsals for imaginary terror or biohazard attacks, coordinating with the army for emergency tents and temporary morgues, says Tony Travers, professor of government at the LSE. But coronavirus would probably be a crisis in every council simultaneously, with each being unable to call on help from the others. Over the past decade councils have lost between a third and a half of their income, with a quarter of their staff gone and up to a half lost in some places. Already the flooding has left those local authorities warning they haven’t the money to cope.

Councils’ incapacity was exposed, Travers says, over the Grenfell tragedy. Kensington and Chelsea was not exceptionally badly run, but it could not cope with rehousing and supporting its residents after the tower block calamity: a team of chief executives from other local authorities had to come in and take over. The council on its own had lost too much administrative capacity. Councils run most services, and most, such as environmental health, have been hugely depleted: the National Audit Office describes that service as “failing”.

That civic incapacity will be revealed time and again by a coronavirus outbreak, with Whitehall’s civil service reduced to its smallest size in decades: look at the panic-hiring just announced to manage the Brexit customs fallout. If, as government plans suggest, one in five staff are out of action, the care sector will be hit hardest and fastest, as it is already so fragile and understaffed. That puts at risk the lives of old people at home alone or in care homes unable to care, with day centres mostly closed down in the cuts.

Money will need to flow fast to stop some care homes going bust and to hire emergency staff from agencies, no doubt at higher rates. Children’s homes face the same crisis, with many more children in care than a decade ago: social work departments are already overstretched. As for understaffed prisons, the prospect of virus outbreaks there and many staff off sick is frightening.

Coronavirus symptoms: what are they and should I go to the doctors?

A spokesperson from the Department of Health and Social Care said yesterday, somewhat over-reassuringly: “The UK is extremely well prepared for these types of outbreaks and Public Health England has issued tailored guidance for care providers setting out action to be taken in a variety of circumstances.”

Public Health England does indeed inspire trust in its advice and oversight, but boots on the ground and helping hands are provided locally, and councils have taken the heaviest hit in the great austerity. Ever since George Osborne’s first budget in 2010, the plan was to “devolve the axe” to them. The Local Government Association this week warns they have lost £15bn.

The public realm will be exposed: the number of people working in it has fallen to just 16.5% of all jobs, the lowest since 1945. We will feel the spending cuts, with only £86 spent now on public services for every £100 spent in 2010.

The government is trying to recruit the 20,000 police it cut, but this takes time. Call in the army, says the emergency plan, but it’s now at its smallest ever, down to 73,000 from 103,000 in 2003. Even if there are no food panics requiring police or army at supermarket checkouts for rationing, emergency services are already planning to triage what they can provide with tough restrictions on their services.

In our book, The Lost Decade 2010-2020, David Walker and I have chronicled this unprecedented decline. The Tories have escaped electoral censure for austerity – so far. Perhaps, with luck, the virus will pass over without putting the country to the test. But if it is an epidemic on the scale Public Health England warns of, the politicians who have left the country so defenceless can expect trouble. Voters will be shocked to discover how far the things they took for granted have been depleted; and that the government may no longer be able to keep its citizens safe.