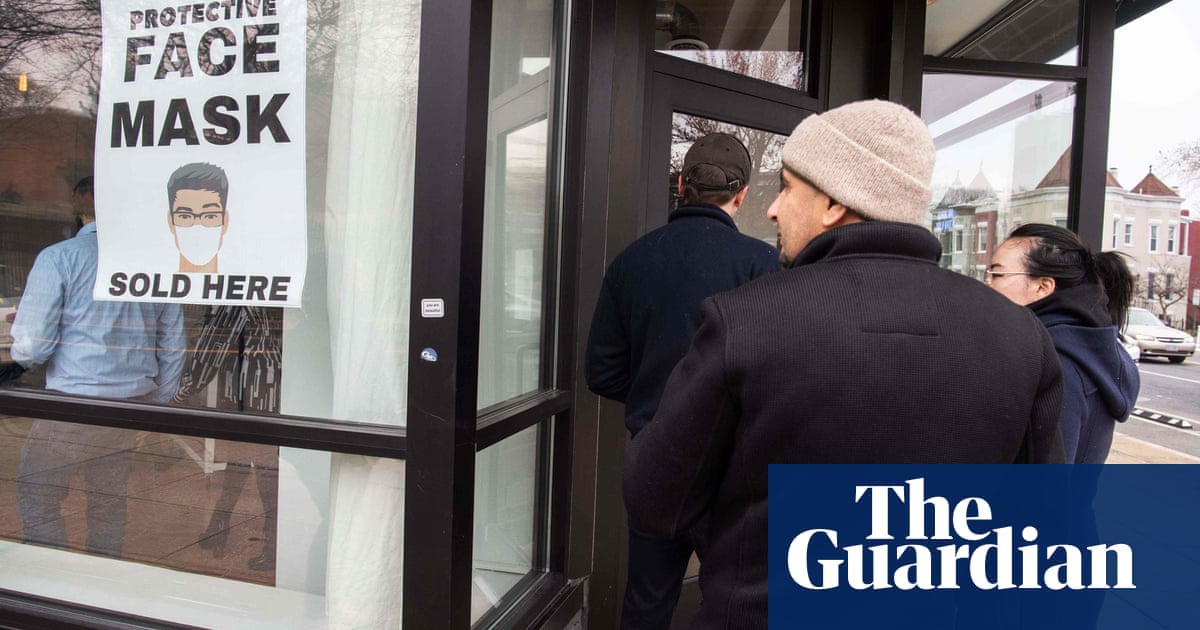 The death toll from coronavirus in the United States has risen to 17 people, as authorities announced two deaths in Florida – the first US deaths outside the west coast – and the governor of New York declared a state of emergency.

Across the country, there were 377 confirmed cases of coronavirus, according to data from the Centers for Disease Control and Prevention, and state and local governments, CNN reported on Saturday morning, a number that included cases of the virus among cruise ship passengers.

Thousands of people remained quarantined on the Grand Princess, a cruise ship moored off the coast of California, as authorities tested crew members and passengers from 50 countries onboard.

At least 21 of those had tested positive for the virus, and Donald Trump said Friday that he preferred the passengers stay onboard the ship, so they would not increase the number of coronavirus cases on American soil.

“I like the numbers being where they are,” Trump said, in widely criticized remarks. “I don’t need to have the numbers double because of one ship that wasn’t our fault.”

New efforts have been announced to prevent the spread of disease and protect vulnerable people. Officials in Seattle, Washington, which has one of the largest populations of homeless people in the country, are setting up locations for homeless people who might need treatment or self-quarantine for coronavirus.

On Friday night, an Uber executive made a partial response to concerns about gig economy workers’ vulnerability to contagion, saying the company would pay drivers and couriers diagnosed with the Covid-19 novel coronavirus, or quarantined by public health officials for up to 14 days, the San Francisco Chronicle reported.

Meanwhile, the number of cases of coronavirus continued to rise across the country, fueling continued concerns about whether the nation’s healthcare system was prepared for the additional strain.

Andrew Cuomo, New York state’s governor, announced there were at least 76 confirmed cases of coronavirus in the state as of early Saturday afternoon, and that he was declaring a state of emergency, which allows a state to take special control of emergency funds and resources.

In Washington state, the main center of the outbreak and death toll so far in the United States, healthcare providers said medical supplies, including masks, are growing scarce, the Seattle Times reported.

And in Washington DC, financial regulators made contingency plans for how to oversee financial markets as the coronavirus closes in on the US capital. Officials said Friday that the first three cases of the flu-like disease had been diagnosed in Montgomery county, Maryland, home to thousands of federal workers who travel in to offices in nearby Washington daily.

Concerns about coronavirus led to the cancellation of major events, including South by Southwest, a tech, music and film conference that typically draws more than 400,000 people to Austin, Texas, in late March.

Similarly, the women’s world hockey championships in Canada were canceled Saturday. The two-week tournament was set to open 31 March, with venues in Halifax and Truro, Nova Scotia.

In California, the San Francisco Symphony has cancelled performances at its symphony hall through 20 March.

At least two universities on the west coast announced that they would hold classes online, rather than in person, for the remainder of the quarter. The University of Washington, being at the center of the US spread so far, and Stanford University, in California, where the university announced that two undergraduate students were in self-isolation after possible exposure to coronavirus.

The students had not yet displayed any symptoms, but had been tested for the virus, with results not yet available, Stanford’s president said in a statement on Friday.

At the University of California, Los Angeles, three students who were tested for Covid-19 have all tested negative, and the university is continuing to hold live classes on campus for the moment, the university’s chancellor, Gene Block, said.

The daughter of one 90-year-old passenger on the Grand Princess, which has more than 3,000 people in quarantine off the coast of San Francisco, has been speaking out publicly about the dangers of keeping so many passengers on board ship.

Lisa Egan told the Miami Herald that her elderly father was quarantined alone in his cabin, and she was worried that, if he had the virus, he might not survive. So far, elderly people have been at greatest risk for the disease.

“Keeping people on board is going to be a death sentence for many,” Egan told the UK’s Telegraph newspaper.

In Seattle, Washington, which has one of the largest populations of homeless people in the United States, local officials have designed a plan to help treat any members of the city’s homeless population who might contract coronavirus.

Officials have installed more than a dozen module units where infected homeless people can recover, some on county-owned land flanked by apartment buildings, the Associated Press reported. County officials also bought a motel where coronavirus patients can recover in isolation.