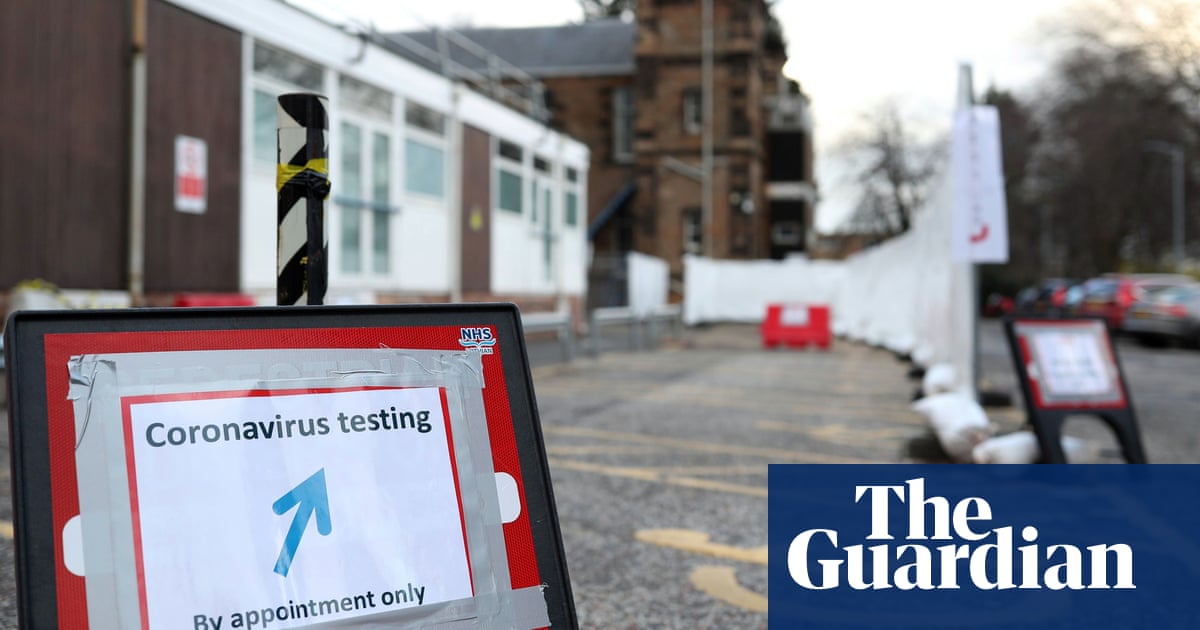 The number of confirmed coronavirus cases in the UK has risen to more than 200, the Department of Health and Social Care has confirmed.

In total, 206 people had tested positive for Covid-19 as of 7am on Saturday, an increase of 42 from 164 cases confirmed on Friday. The department said more than 21,000 people had been tested for the virus.

Five more people have been diagnosed with coronavirus in Scotland, with a total of 16 confirmed.

Two new cases, confirmed on Saturday by the Scottish government, have been reported in Lanarkshire, with an increase of one case in Lothian, Greater Glasgow and Clyde, and Grampian.

The increase matches the jump seen on Friday, the biggest in a single day since the first reported case on Sunday. In total, 1,664 of the 1,680 tests in Scotland have come back negative.

The updated figures come as US authorities prepare to respond to a cruise ship carrying British passengers off the Californian coast, after 21 people on board tested positive for coronavirus.

Mike Pence, the US vice-president, said on Friday that the Grand Princess, with more than 3,500 people on board – including 140 Britons – had been directed to a non-commercial port for testing.

The public has been told to prepare itself in case “social distancing” policies are needed to help contain the spread of the virus. However the UK remains in the “containment” phase of tracing coronavirus cases to prevent it spreading in the community, England’s deputy chief medical officer has said.

Jennie Harries told the BBC on Saturday that a decision about the next phase of delaying the spread of the virus would depend on how fast the number of cases rose.

The government’s battle plan says of the “delay” phase: “Action that would be considered could include population distancing strategies (such as school closures, encouraging greater home working, reducing the number of large-scale gatherings) to slow the spread of the disease throughout the population, while ensuring the country’s ability to continue to run as normally as possible.”

On Friday, it was confirmed that a man in his early 80s had become the second person to die in the UK after testing positive for coronavirus. The man, who had underlying health conditions, died on Thursday while being treated at Milton Keynes University hospital.

The previous evening, another patient, reported to be a woman in her 70s, became the first person in the UK to die after being diagnosed with Covid-19 while at the Royal Berkshire hospital in Reading.

NHS England has confirmed it will provide GP surgeries with personal protective equipment (PPE) to help them deal with the coronavirus outbreak. In a letter sent to all 7,000 English GP surgeries on Thursday, NHS England made clear it is giving every surgery a full supply of PPE gear, which will help keep staff who come into contact with suspected coronavirus cases safe and help to minimise the spread of the virus.

The move follows complaints by GPs and the British Medical Association that practices are ill-equipped to deal with the outbreak.

On Friday, GP surgeries were told by NHS England to start conducting as many remote consultations as possible, replacing patient visits with phone, video, online or text contact.

More than 20 GP practices have been forced to close temporarily over concerns about the spread of coronavirus.