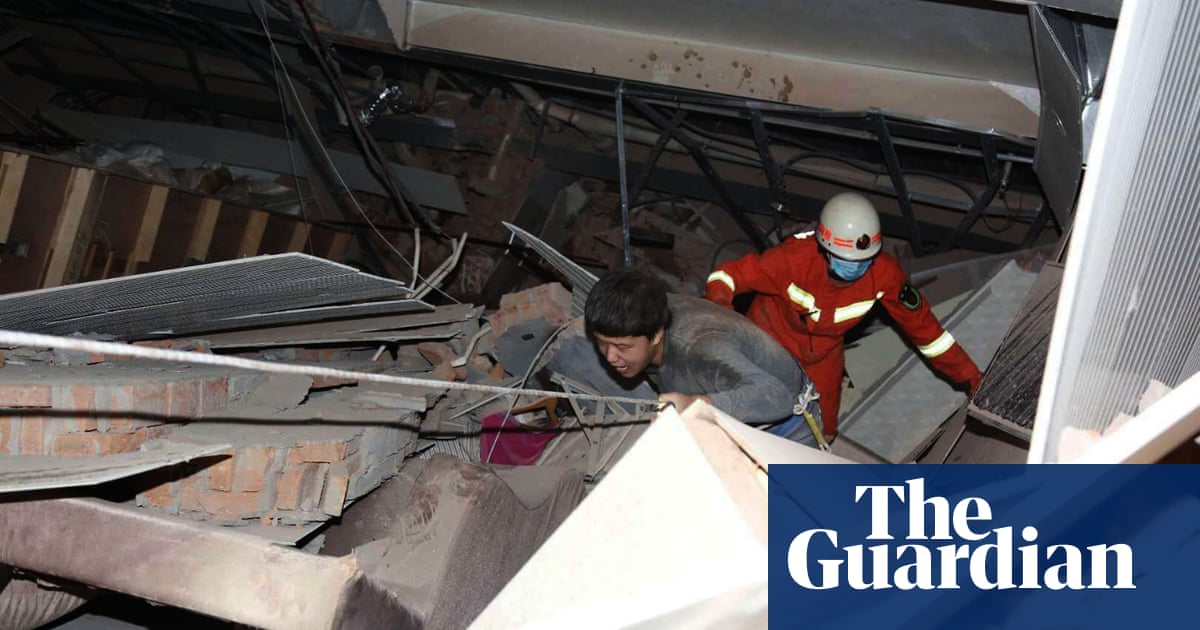 A hotel used for medical observation of people who had come into contact with coronavirus patients has collapsed in south-east China, trapping 70 people, according to reports.

At least 23 people were rescued from the wreckage of the Xinjia Express Hotel in Quanzhou, the Communist party newspaper People’s Daily and other outlets reported. There were no immediate reports of deaths.

The 80-room hotel had been converted by city authorities for observation of people who had had contact with coronavirus patients, according to the People’s Daily.

China, where the new virus first emerged in December, has confirmed more than 80,000 cases, by far the most in the world.

China reported 99 new cases on Saturday, its first daily increase of less than 100 since 20 January. The government reported 28 new fatalities, raising the mainland death toll to 3,070.