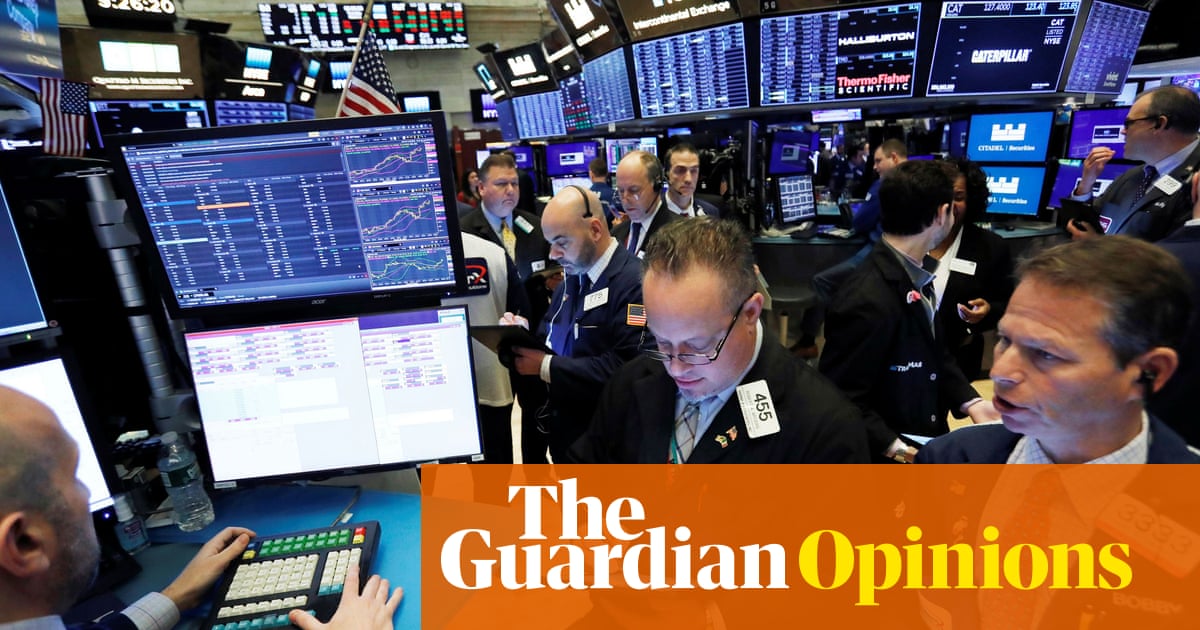 Nationalism and speculation have seldom had a better opportunity to combine forces as the one riding today on the coattails of Covid-19, known as the coronavirus.

When Covid-19 leapfrogged from China to Italy, even ardent Europeanists normally appreciative of open borders joined the deafening calls to end freedom of movement across Europe’s national borders – a longstanding demand of nationalists. Meanwhile, the money men speculating on government debt are performing a classic flight from Italian to German government bonds, seeking the financial safety that only the continent’s hegemon can offer during any crisis. As if in a bid to remind us of the great contradiction of our times, Covid-19 is illuminating gloriously the freedom of money to transcend a borderless financial universe while humans remain as fenced in as ever.

Meanwhile in the United States, President Trump is combining his standard call for taller walls with a fresh instruction to moneymen to “buy the dip” in Wall Street, rather than to follow their natural instinct to seek refuge in the boring but safe bond markets. A great deal will depend on whether financiers believe Mr Trump or not, and not just because this is an election year.

If speculators do believe the American president, Wall Street will recover swiftly even before the epidemic subsides. The forces of xenophobic financialisation will then have triumphed and America’s progressives will face an uphill struggle on every political front. As for the European Union, ruling elites will breathe a sigh of relief that a new depression was avoided and return to managing as best as they can the economic stagnation of recent times, tinged this time with a large dose of additional, coronavirus-reinforced, xenophobia.

Will Wall Street follow Mr Trump’s advice to “buy the dip”? For now, the large players are in two minds. The drop in the stock market does not worry them as such. Their concern is that the recent bull market was running on increasingly suspect debt and that Covid-19 may have pricked a bubble that was going to burst anyway. Similarly in Europe, the worst spectre hovering over investors’ heads is that large corporations, relying for too long on free money from the European Central Bank, may be downgraded from investment to junk-grade – especially so at a time of stagnant domestic demand and a collapsed Chinese import market.

Taking a leaf out of the aftermath of the crash of 2008, and the Eurozone crisis that followed, bullish speculators are looking at their central banks, primarily the Fed and the ECB, to do, once again, “whatever it takes” to re-float their flagging fortunes. Two questions keep them up at night: will the central banks oblige? And if they do, will it be enough?

The first question is easy to answer: governments are impotent on both sides of the Atlantic. In the United States the federal budget deficit is already at a historic high, especially in the context of a tight labour market, while the Eurozone remains in the straightjacket of its fiscal compact. Therefore the central banks will be forced, whether they like it or not, to step up to the mark. Already we have seen announcements of lower interest rates, even of Japanese-style semi-direct purchases of government and private debt by the monetary authorities.

But will it be enough for the central banks to throw more money at the Covid-19-infected money markets? Will the economy go back to where we were a month ago if enough liquidity is pumped into the system? Or will it resemble a slow puncture that demands increasing pump-priming to stay inflated? Moreover, will the new wall of public money push back the wall of xenophobia? The sad answer to the last question is instructive about the economic ones too.

When a border closes down, it does not open again easily even if the conditions that caused its closure are largely reversed. This is a safe lesson from Europe’s recent experience. Take, for example, Austria, which closed its border with Italy following the rise of refugee arrivals in the summer of 2015. For a couple of years after that refugee wave had died out, the borders remained shut. Similarly with the borders along the Western Balkans. Why is this relevant to the question of whether increased central bank liquidity will ameliorate the effects of Covid-19 on the economy? To answer, we need to remind ourselves of what happened after the crash of 2008.

There were two responses to the 2008 crisis that saved capitalism from total collapse: the gigantic injection of liquidity into the economy by central banks, the Fed above all else; and China, whose government took it upon itself intentionally to build up the greatest private credit bubble in history to replace the lost export demand by a stupendous investment boost. The Fed’s and China’s intervention succeeded in re-floating global finance and putting stock markets onto the path of their longest growth spurt. However, the world did not go back to its pre-2008 ways.

Before 2008, Wall Street played a crucial role in recycling non-US surpluses that were the repercussion of American deficits into global investment funding. After 2008, the refloated Wall Street could not perform that task, channelling much of the abundant liquidity not to fixed capital investment but to share buy-backs and other asset purchases. The result was that the post-2008 economy is characterised by savings being permanently in excess of capital goods investment. Since savings are the supply of money and investment its demand, the permanent excess supply of money explains the permanently low, or negative, interest rates. It also explains the downward pressure on median wages against a background of rising asset prices causing unbearable inequality and thus producing the political triumphs of xenophobic nationalism.

In precisely the same way that the increased liquidity after 2008 failed to rebalance savings and investment globally, so will any renewed monetary “easing” to counter the ill effects of Covid-19 fail to return the global economy to its pre-February state. Of course, as happened after 2008, speculators will make a mint and nationalist forces will milk the ensuing discontent for all its worth.