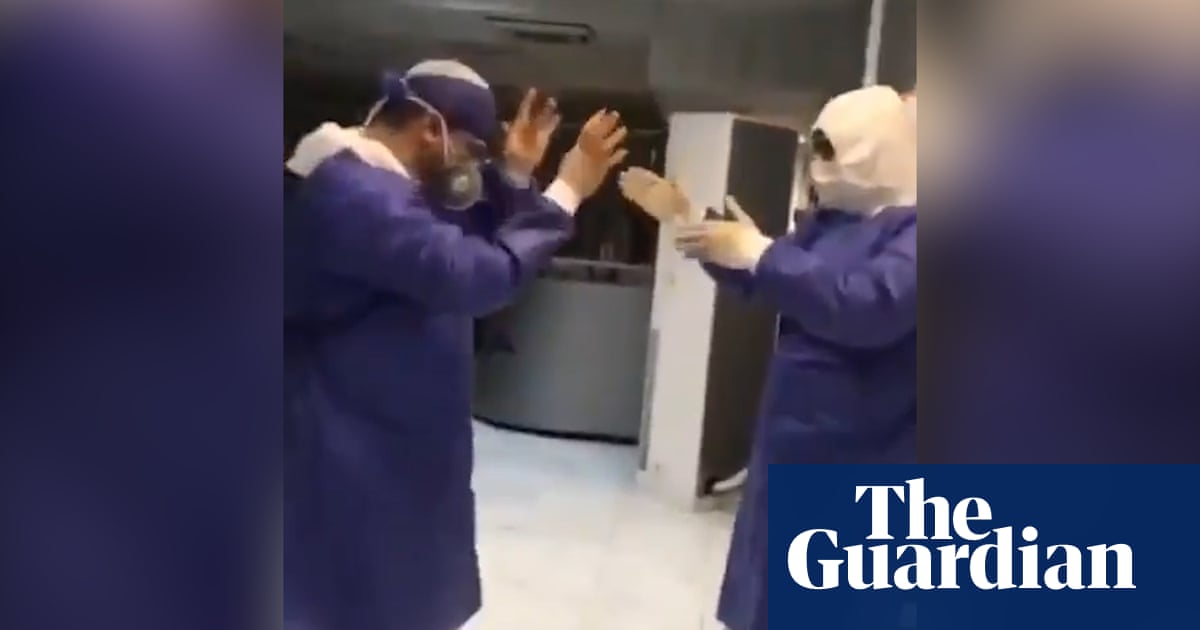 Footage has appeared on social media of Iranian health workers dancing and singing in an effort to keep morale up as the country faces the worst coronavirus outbreak outside China.

About 8% of the Iranian parliament’s MPs have tested positive for the coronavirus, officials have said, as the country announced plans to mobilise 300,000 soldiers and volunteers to fight the epidemic.

‘Indecent’ behaviour in public is banned in Iran, which means dancing can sometimes by punished under the country’s religious laws