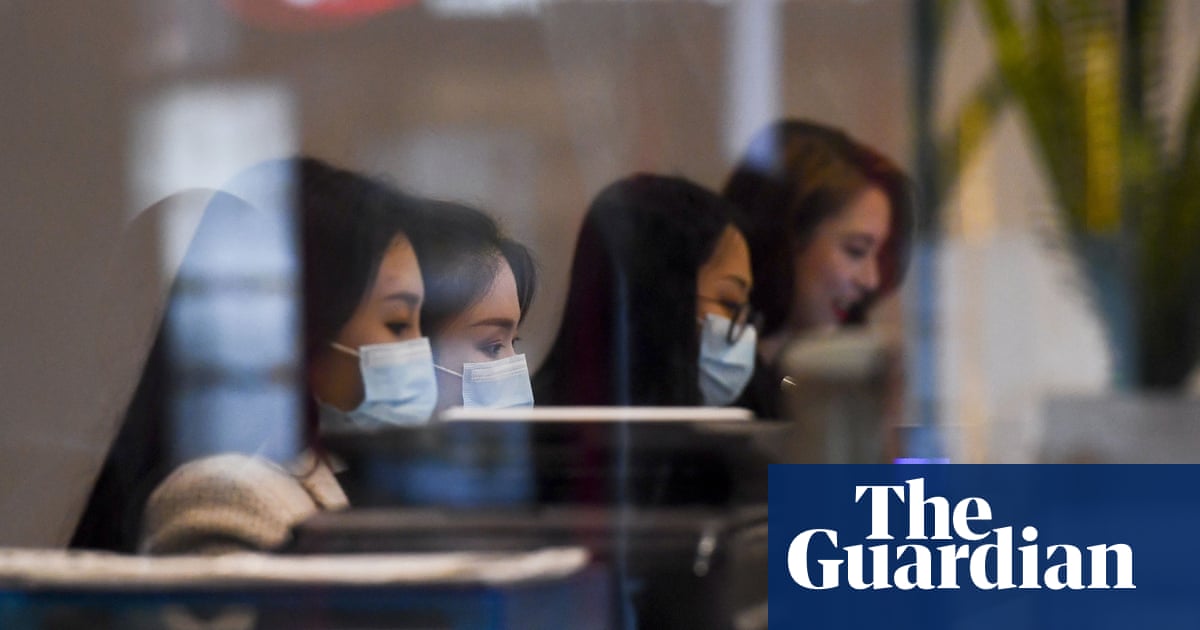 The prime minister has offered states and territories a national partnership agreement on a joint COVID-19 public health response to split the costs of responding to the outbreak equally.

On Friday morning, as doctors and medical representatives from around the country met with Australia’s chief medical officer to learn about a plan, Scott Morrison said he estimated the virus would cost Australia’s health system $1bn, of which the federal government would pay $500m. Another meeting is being held about how to prepare vulnerable communities, such as aged care homes and Aboriginal and Torres Strait Islanders.

“The commonwealth, on executing those agreements will immediately put $100 million down as an advance through the normal distribution mechanism to the states, to ensure that they are in a position to immediately meet those costs,” Morrison said. It would cover expenditure incurred from 21 January, he said. Under current hospital arrangements the federal government pays 45% of health costs.

Morrison he said while he hoped the cost of preparing for and treating the virus would be less, “it could be more”. “But we at least have to enter into these arrangements having some sense of the scale of what we’re dealing with here,” he said.

News South Wales remains the state most affected by Australia’s 53 cases of coronavirus, with 26 cases in that state.

Epping boys high school, with 1,200 pupils, was shut down on Friday after a year 11 student tested positive for coronavirus. The state’s premier, Gladys Berejiklian, said a “very precautionary approach” had been taken to give officials time to trace who the boy had been in close contact with.

On Friday the state’s chief medical officer Dr Kerry Chant said a second health worker at the Dorothy Henderson aged care facility in north Sydney has been diagnosed with the virus. Four residents of the home have tested positive, including a 95 year-old woman who died.

Health authorities are also contacting the families of 17 school students who visited residents of the home.

Earlier in the week a doctor at Ryde hospital tested positive, with authorities trying to contact attendees of a radiology conference he attended.

It follows a baby girl in South Australia and a tourist in the Northern Territory being diagnosed with the virus on Thursday. Health authorities have said the aim is now to curb the spread of the disease rather than contain it.

Australia’s chief medical officer, Professor Brendan Murphy, has warned the worst-case scenario for Australia was “millions of people being infected over a period of several weeks” but that the country’s public health systems were well prepared if widespread outbreaks occurred.

As the federal government announced new travel control measures affecting South Korea, New South Wales authorities said they were also trying to contact 70 doctors who attended a radiology conference with a man diagnosed with the virus.

Public health physician Dr Nicola Spurrier said the baby in Adelaide is the daughter of a 40-year-old woman hospitalised in the Flinders Medical Centre with the virus. The woman arrived in Adelaide from Iran via Kuala Lumpur on Sunday.

“The little bub, the child of the mother that is currently in Flinders Medical Centre, has tested positive but I am very pleased to report that the child is well and both mother and baby are doing well in that facility,” Spurrier said.

She said a 58-year-old man, from Taiwan, arrived in Adelaide on Tuesday and was taken to the Royal Adelaide hospital to be isolated on Thursday after also being diagnosed.

The Northern Territory’s health department is contact testing all passengers on Qantas flight QF840 which arrived in Darwin at midday on Tuesday after a 52-year-old man tested positive to the virus there.

Western Australia recorded its third case of coronavirus and its first case not associated with the Diamond Princess cruise ship – a woman in her 30s who returned to the state this week after travelling to Iceland and London, and flying home via Dubai. The woman remains in home isolation.

Flight details for more confirmed cases have been released by health authorities: a 36-year-old woman from Sydney’s northern beaches returned from Iran on 24 February on Emirates flight EK416 from Dubai and has been admitted to hospital. A 60-year-old woman arrived in Sydney on 3 March on Cebu Pacific flight 5J39 from the Philippines.

NSW health minister Brad Hazzard said “containment is likely to be an unlikely outcome, so we need to work constructively with the community to continue our effort to emphasise to the community that [controlling the virus] is a partnership … Our community has to be doing everything they can do to support us in defeating what has really become a war in defeating this coronavirus”.

However, authorities have said slowing any spread so that the health system is not overwhelmed would be key to Australia’s response. The prime minister, Scott Morrison, announced on Thursday increased travel restrictions for South Korea as cases in the country approached 6,000. Morrison said people should reconsider travel there. Entry bans remain in place for visitors coming from China and Iran, and citizens and permanent residents returning from those countries are required to self-isolate for 14 days.

Murphy, Australia’s chief medical officer, said the federal government – which last week enacted its pandemic preparation plan – was “looking at scenarios from the most benign through to some millions of people being infected over a period of several weeks”.

“We think our health system is well prepared to cope with that, but we are making sure. Clearly the community has had some concerns about the outbreak in Sydney, the small community outbreak, but this is a very small cluster of cases. There is no other evidence of community transmission anywhere else in Australia.”

He added that over the coming weeks there would be extra facilities dedicated to coronavirus testing. “The labs are coping brilliantly with a load that they have but we will need the private labs if we’re to do more testing as further cases emerge, so that is being finalised and sorted out over the next few days,” he said.

The Northern Territory is developing a remote health pandemic plan, due to be released on Monday, to help manage any potential outbreaks of Covid-19 in remote Indigenous communities.

One remote community in the APY lands has already contacted minister for Indigenous Australians, Ken Wyatt, wanting to restrict access for outsiders to help protect against the disease, he revealed on the ABC on Thursday evening.

NT chief medical officer Dianne Stephens said earlier it was unclear if any Indigenous people from remote communities were on the same plane as the tourist diagnosed with the virus, and it was impossible to determine how many people may have come into contact with the man since his arrival in the NT.

Stephens acknowledged the “significant” logistical problems with posing self-isolation as a response in remote communities where overcrowding in housing is a major issue.

• Lorena Allam and Jack Banister contributed to this report