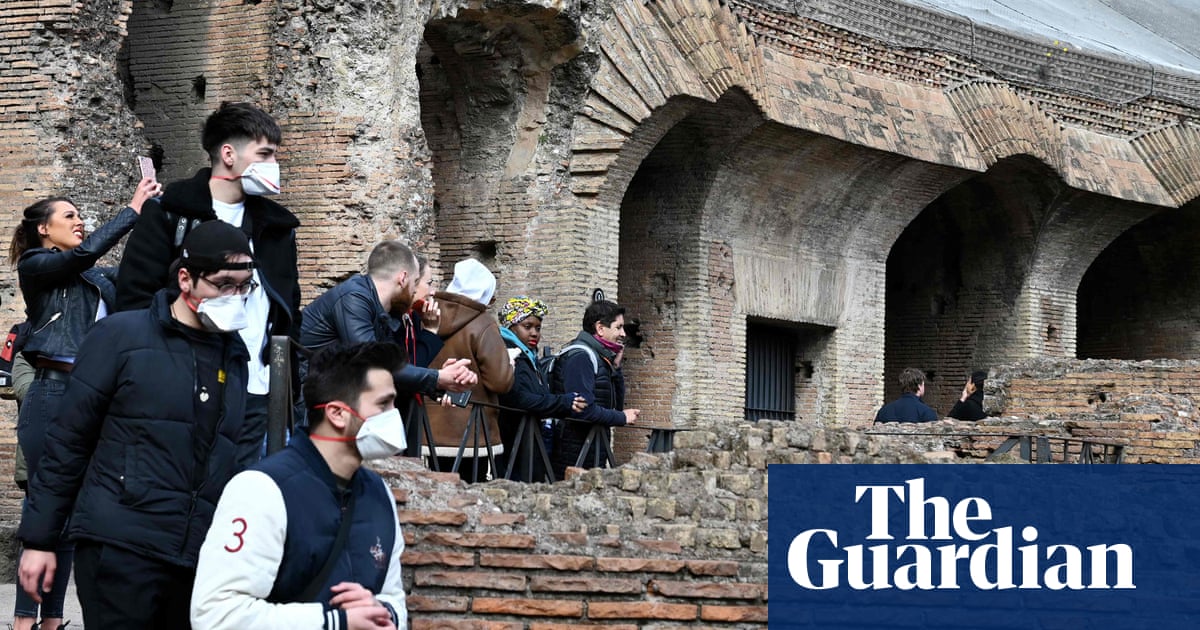 In a time of coronavirus, small mistakes can have outsize consequences.

In the small southern Italian town of San Marco in Lamis, a man who died before it was known that he was carrying the virus infected his wife and daughter, who then came into contact with dozens of relatives and friends at his funeral – 70 of whom are now in quarantine.

‘This is surreal’: Italian towns struggle under coronavirus lockdown

The dead man, 75, had travelled to a city in Lombardy in the north – where the outbreak is most severe – with his daughter, falling sick and dying on his return to almost the opposite end of the country. The events are now the subject of a formal investigation.

“A postmortem test revealed the man was infected with the coronavirus, but the result came out only after his body was released to the family,” Ludovico Vaccaro, head of the public prosecutor’s office in Foggia, told the Guardian. “They should have waited for the result of the test,” Vaccaro said.

The incident has dramatised a trend that has become increasingly clear: how, at almost every turn, the new coronavirus has exploited human errors in its apparently relentless spread across the planet.

From a lack of full engagement by political leadership to faulty testing kits, misapplied protocols, delays, missed opportunities and plain bad luck, the virus has slipped through the gaps.

And across the globe, similar patterns have repeated themselves. Perhaps most familiar, as the virus has forged into new locations, has been the tendency of health professionals to prioritise testing of symptoms in those with strong links to already established high risk locations – at first China, and then Iran, South Korea and Italy, among others.

In the process, that has allowed cases to slip the net, often with significant consequences as it has become increasingly clear from the study of gene data that often the virus has pursued multiple tracks.

While attention in Europe initially focused on the Italian response, and whether one of the first patients in the town of Codogno, Lombardy, should have been tested more quickly, an almost identical controversy also emerged in the US, where a patient with coronavirus symptoms was not tested for a week because they had no known exposure or travel history that might have pointed to the virus.

The US response under Donald Trump – who has sown confusion with random comments often at odds with the facts, as he sought to minimise the outbreak in an election year – has been a case in point.

In the space of barely a week, stories have emerged of problems with US testing kits supplied by the Centers for Disease Control and Prevention (CDC), and a whistleblower complaint that medical staff dealing with infected patients were not supplied with proper equipment.

Allegations have also emerged of delays in testing the first case of community transmission in California, because of the lack of links to a high-risk location outside of the US.

“Diseases surprise us,” Nancy Messonnier, director of the CDC’s National Center for Immunization and Respiratory Diseases, told reporters on a recent conference call, underlining the overarching difficulties in trying to respond to and contain new diseases as they emerge. “We need to be reacting to the current situation even if it differs from what we planned for.”

As Italian officials have sought to understand the genesis of the worst outbreak in Europe, and beyond its borders, theories are beginning to emerge over what went wrong in the Italian response.

One line of inquiry is the authorities’ decision to allow flights from the north, where Italy’s outbreak began, to other parts of the country.

“We probably should have started tracking and registering people who came to the south from the red zones of northern Italy in order to avoid spreading to the southern cities of the country,” said Tullio Prestileo, a doctor in infectious diseases at Palermo’s Benfratelli hospital.

In some cases countries have simply not been able to identify the roots of the outbreak to draw any meaningful conclusions, even as rumours have swirled.

In France’s Oise department, which has the country’s biggest cluster, authorities are searching for their “patient zero”, the person from whom the contaminations originated.

While some reports in the French media have pointed to a military airbase with 15 infections as the source of the cluster, implicating a repatriation flight from China, that has been emphatically denied by French authorities who point out that no one on the flight has tested positive; not passengers, not crew, while the French military say flight crew did not enter Chinese territory.

For those who have spent many years dealing with outbreaks, some of the issues are familiar. Updating journalists on the progress of the fight against the virus, Mike Ryan, the World Health Organization’s head of emergencies, referred to the issue.

“This is the real world we live in. Every emergency response is dotted with missed opportunities and unfortunate delays, and sometimes decisions that have to be made on limited data, [where] you look back and you say ‘If we knew then what we know now, then we might have done something different.’”

The intrinsic nature of the new coronavirus has also been a complicating factor. Paradoxically, despite being far less deadly in terms of mortality rate than Sars, the closely related coronavirus, the mildness of the symptoms experienced by many have also meant it is easier to miss.

One case in point was an early European cluster identified in Munich, which some believe may have contributed to some of the first infections in Italy.

According to researchers who have looked at the genetic information in about a fourth of new infections – in Mexico, Finland, Scotland and Italy as well as the first case in Brazil – these appeared similar to that initial Munich cluster suggesting, according to Trevor Bedford, a researcher at the Fred Hutchinson Cancer Research Center, how routes of transmission were being missed.

“An extremely important take home message here is that just because a cluster has been identified and ‘contained’ doesn’t actually mean this case did not seed a transmission chain that went undetected until it grew to be [a] sizable outbreak,” Bedford posted to Twitter.

It is a view echoed by Francesca Russo, a senior doctor in the Veneto region. She has been involved in the search for Italy’s ‘patient zero’, earning her the nickname “Patient Zero Hunter.”

“It seems the virus has been circulating under the radar, for some time, alongside the normal flu virus. The most accepted hypothesis, at the moment, is that the virus arrived in Europe from the first infections in Germany and France and then arrived in Italy from everywhere,” she said.

Coronavirus latest: at a glance

In the final analysis, however, what concerns those at the head of the international response is not the small mistakes but the big omissions in policy – not least the fact that many countries have yet to fully mobilise their responses.

“There are a number of countries that have left this up to the minister of health and the health ministry; we’re saying this is wrong, it needs a whole government approach,” said the head of the WHO, Tedros Adhanom Ghebreyesus.

A coordinated human intervention won’t stop every transmission, but it can reduce the peak of the whole epidemic, WHO experts say. And that is what could ultimately mitigate the virus’s impact.