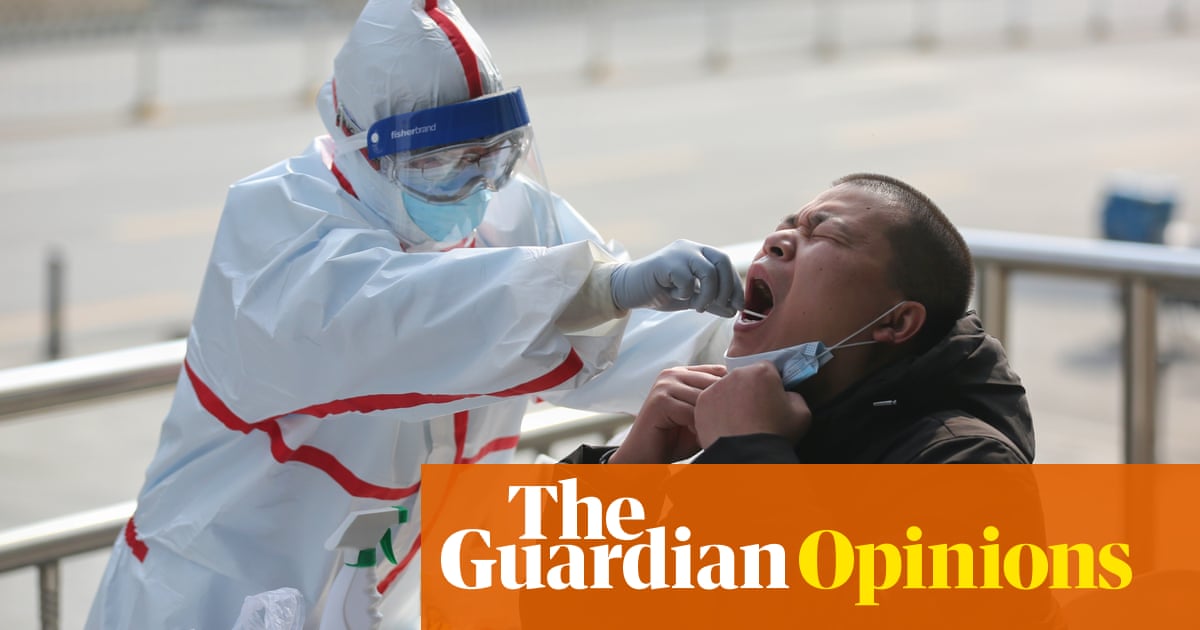 In China, people from the city of Wuhan are jokingly referred to as “nine-headed birds” because of their habit of inveterate squabbling. In recent weeks, though, an eerie silence has descended on their world. Empty streets, empty malls. Everyone kept indoors. The government says 80,000 are infected by coronavirus, and 3,000 have died in China.

This pandemic has now spread to more than 100 countries and territories. Is the city just one big prison-hospital? News and rumour arrive round the clock online, but that dismal barrage in a sense only makes things worse. A few people can’t take the pressure, climb to a top floor and jump into black silence below.

In China, the problem is not even lack of knowledge so much as lack of a system in which knowledge is possible

Viewed from the outside, the city might seem like a giant aquarium. Visible fish swim silently while not a drop of water leaks out. Police have welded doors shut in order to monitor who enters and leaves buildings. Roads out of the city are cut with deep trenches or blocked by walls. Even little paths that lead towards farmland have been destroyed. Swim down a river? There are nets to catch you.

The famous bustle of Wuhan people takes some macabre forms. Crematoriums advertise online. Face-masks command high prices, and the market in body bags grows. In an absurdist gesture, people in some neighbourhoods open their windows to join their neighbours in choral renditions of pro-government songs.

In a city of 13 million, how many poignant stories must there be? We will never hear most of them, but here is one: a young man comes home to visit his ageing parents to see in the new year. The parents have long been wishing that he would marry, but he has not been able to attract a girlfriend. Not wanting to disappoint, he hires a young lady to come home with him as his “fiancee”, sleeping in a separate bedroom. The two have agreed that after leaving Wuhan they will revert to being casual acquaintances. But the virus strikes and they are trapped in the parents’ apartment. The young woman endures – slicing tofu and making small talk with her “future mother-in-law”. Nothing can be done about that.

In normal times, the nine-headed birds of Wuhan are full of opinions on all sorts of political and cultural topics, but the searing question of the virus has thrust everything else into the background. Life and death are at stake, and it is terrifying that something that so monopolises attention is also unknowable. Where did the virus come from? How far has it spread? How long will the epidemic last? Such questions, shrouded in opacity and lacking any solid ground on which even to invite answers, can make it seem that civilisation itself is in question.

The communist system, with its tight control of information and its accountability of officials only to their bureaucratic superiors, not to the people below, has been undermining social trust for decades. Citizens do not expect a volte-face in trust just because a deadly virus appears. But without trust, people’s immune system against lies breaks down.In the public sphere, all belief becomes ungrounded belief.

Statements float like clouds, beyond truth or falsity. Questions about a virus – what happened and why? – should be empirical questions that have determinable answers. But not in China, where the problem is not even lack of knowledge so much as lack of a system in which knowledge is possible. China’s officialdom does have a scale on which it measures the value of particular statements, but the criterion is not truth or falsity – it is how well the statement does something that authorities want to see done.

It will not be easy to stop the rot of trust in China, because its spread is already deep. Moreover there is the very daunting problem that the Communist party does not want transparency and trust. The party’s power rests crucially on two cornerstones: intimidation and control of information. This is because a populace both frightened and blind is pliable.

I have been living in exile for several years. I feel a constant pull to connect with life in Wuhan – I mean with real life, not the cloud of opaque language. What are people actually feeling? Can that hired “bride” go home now, I wonder? Can the young man’s parents come to terms with the truth? Will any of them get good information on the virus so that they can know where they stand?

Perhaps I have inherited something from my father, the poet Ai Qing. One of his most famous poems, I Love this Land, was written in 1938 as the city of Wuhan fell before the Japanese military:

If I were a bird
I would sing myself hoarse
About this land torn by storm
This raging river that surges around our anger
This furious wind that roars without end
And about the ever-gentle dawn that rises through the trees
Then die
Even my feathers to rot in the earth
Why are there always tears in my eyes?
I love this land too deeply

China is ill, yes – but from much more than a coronavirus. The world panics – but only about the virus, not about the deeper illness. China interlocks with the world economically and, in recent years, in some political ways too. If its systemic illness continues to worsen, and to spread by contagion, the world may have to face the existential questions that the illness raises: can civilisation survive without trust? Can government that lacks legitimacy survive indefinitely?

• Ai Weiwei is a contemporary artist, activist and advocate of political reform in China