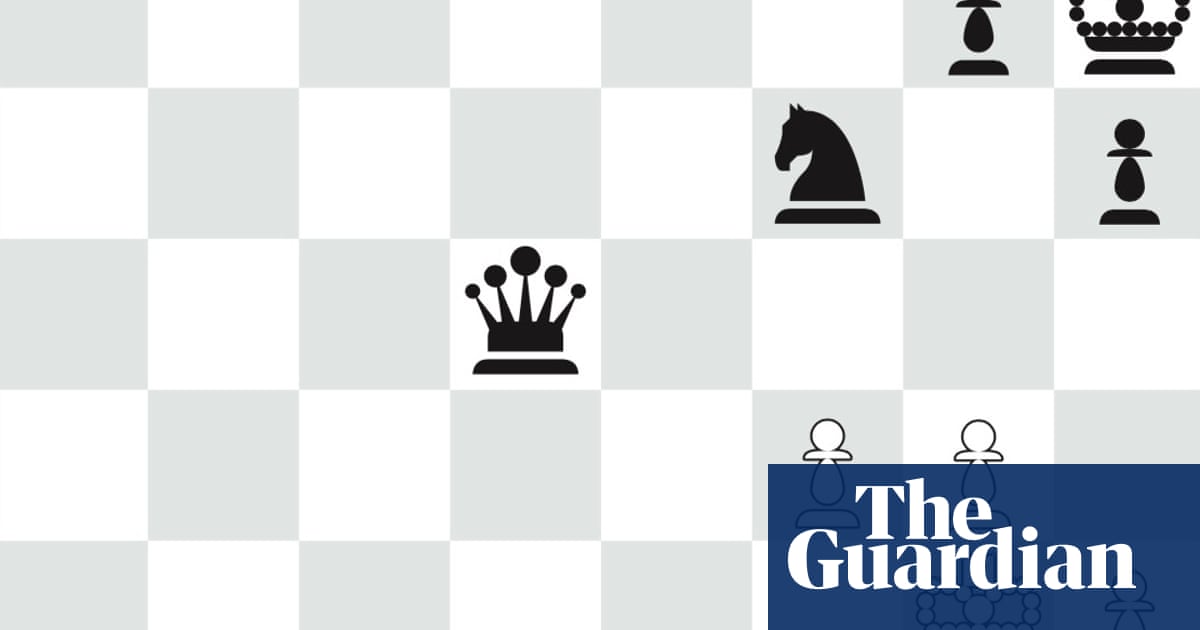 Coronavirus is starting to affect major chess events. Five international Opens have already been cancelled or postponed while Fide, the global chess body, has issued detailed medical advice for the over-50 and over-65 World Senior Teams which have just begun in Prague.

Recommendations include avoiding the traditional handshake at the start and end of a game, which acquired the status of an essential courtesy following Wijk aan Zee 2008, where Bulgaria’s Ivan Cheparinov twice refused Nigel Short’s hand. Cheparinov was originally defaulted, but the game was replayed on the rest day. Short won, and commented: “There is a God, and he is not a Bulgarian.”

As many have already pointed out, a handshake is far from the only way you can catch the virus from your opponent. A routine exchange of pieces implies that you place your hand on a surface just vacated by your opponent’s hand. The distance between two opponents seated at the board is likely to be much less than the one metre recommended by Fide, particularly when the players are short of time and reaching across the board to move quickly. Perhaps wearing gloves when playing is an answer, but this makes for clumsiness in writing down your move or moving fast in time pressure.

Prague already has its first virus cases, and the number may grow before the nine-round team event ends on 14 March. England are medal contenders in the over-50s, and several other British teams are taking part, although some over-65s have withdrawn. Fide will be hoping that the many participants in their 70s and 80s will emerge safely.

Further ahead, the 185-nation team Olympiad due to start in Moscow in August – with China as defending champions in both the open and women’s events – must be in doubt, although the event has a resilient history. The second world war broke out in the middle of the 1939 Olympiad, the English team withdrew and went on to become codebreakers at Bletchley Park, while other teams continued although matches between warring nations were declared 2-2 draws without play. Germany won, half a point ahead of Poland.

The Bangkok, Vietnam, Sharjah, Reykjavik and – most significantly – Dubai Opens, were all scheduled for the next few weeks, The Dubai cancellation could be a portent of possible problems ahead for Magnus Carlsen’s €2m, 14-game world title defence which has been announced for a 20 December opening as part of the giant six-month Expo 2020 event in the city for which, pre-coronavirus, its organisers were hoping for at least 25 million visitors.

In a worst case virus scenario it should still be possible to stage the championship match without on-site spectators. The Carlsen v Fabiano Caruana match in 2018 showed that there was a huge worldwide audience following the games move by move even without a live stream of the players in action.

Teimour Radjabov, the World Cup winner from Azerbaijan, withdrew on Friday morning from the eight-man candidates tournament which starts in a week’s time and will decide Carlsen’s next challenger. Radjabov will be replaced by France’s Maxime Vachier-Lagrave, who was widely considered to have been unlucky not to qualify earlier.

Guildford’s rivals Manx Liberty have also won all six matches, but the most impressive performance so far has been by Grantham, whose team has no grandmasters and just a few IMs. They have lost only to Manx and are sure to qualify among the eight teams in the championship pool, while it was a Grantham player who brought off the most visual finish of the weekend in the puzzle diagram.