A British businessman has tested positive for coronavirus on a trip to Thailand.

The 43-year-old company consultant travelled from London and changed flight at Hong Kong.

He arrived in Thailand on February 29 and was later admitted to a private hospital with fever, the authorities said.

He said the patient was being treated at the Central Chest Institute Of Thailand in Nonthaburi, a few miles north of Bangkok.

The unnamed man’s diagnosis brings the number of cases in Thailand to 48 with one death.

Officials in the country have announced stringent measures to tackle the virus that began in Wuhan, China, at the end of last year.

The strict measures have seen tourists forced to stay in their hotel rooms and report daily to the authorities.

That also applies to people who have gone through transit in those six countries, such as the British businessman.

Health ministry spokesman Rungrueng Kitphati said: ‘Thais and foreigners who came from these places will have to go through self-quarantine for 14 days at home or in a hotel room, where they have to report themselves to the authorities every day or officials will come to check on them.’

Many hospitals in Thailand are still waiting for masks with business leaders criticising the government for failing to make sure the nation is adequately supplied.

Yesterday a woman in her 70s, became the first person in the UK to die after being diagnosed with coronavirus.

A British man died last week in Japan from the virus after being on the quarantined cruise ship, the Diamond Princess.

There are now 115 cases confirmed in the UK. 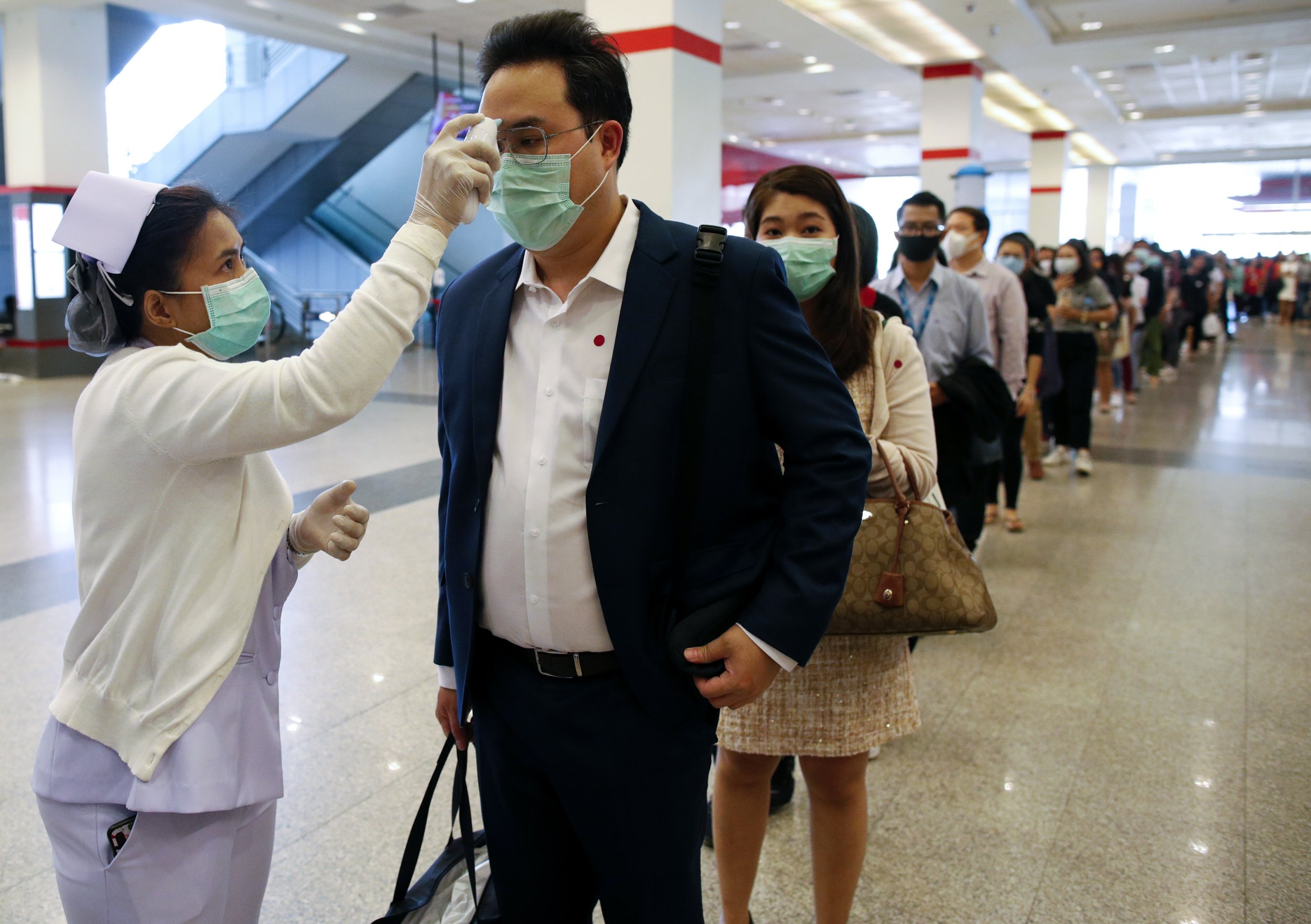