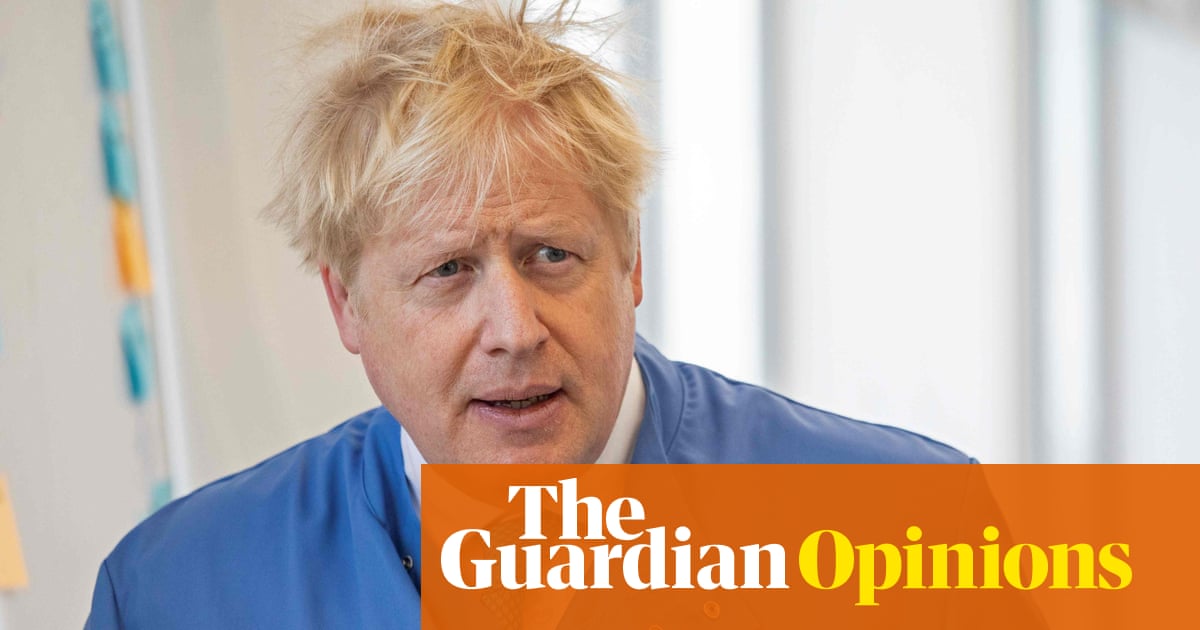 Face it: “Matt Hancock stars as Pandemic Minister” is one of the all-time WTF pieces of science-adjacent casting. Not since the Bond movie where Denise Richards played a nuclear scientist disabling warheads will you have felt quite so unconvinced. “What do I need to defuse this nuclear bomb?” wonders Bond, only for Denise to answer: “Me.” Oh dear. Well, I guess humans had a good innings.

Richards would go on to take the Golden Raspberry for her performance as Dr Christmas Jones (a fine addition to the pantheon of fictional scientists with radioactively silly names, placing her alongside the likes of Bernard Quatermass and The Muppets’ Bunsen Honeydew).

At this stage in his journey as our man at the sharp end of the coronavirus fight, then, it’s unclear what Dr Hatt Mancock’s reward at the end of it all will be. That timeless kiss-off, leader of the House of Commons? Butler in Boris Johnson’s sealed and well-stocked prime ministerial bunker? Matt surely only got his current job because he can run at the same time as giving a thousand-yard stare, and deliver lines like: “Sorry, kid – I’m not that kind of doctor.”

Johnson has let it be known he’ll be taking paternity leave. He knows that doesn’t mean leaving after the paternity test, right?

For now, the health secretary is trying to stop panic-buying. As Hancock told Thursday’s BBC Question Time audience, he is “absolutely confident” that there won’t be food shortages, and people should not indulge in herd behaviour. I know what you’re thinking: tell me I’m not expected to take a lecture in herd behaviour from this guy? Matt, you might recall, enlivened his brief Tory leadership bid by declaring: “A policy on Brexit to prorogue parliament would mean the end of the Conservative party as a serious party of government.” More than that, he said after the D-day commemorations it would go against “everything that those men who waded on to those beaches fought and died for. And I will not have it.” But you will, won’t you, Matt. Two months later, he was with all the others, running round the supermarket and sweeping bottles and bottles of prorogation into his trolley. Don’t tell me about the herd, Matt. You are the herd.

But what of the man we might class as Matt’s line manager? Imagine if five years ago someone had pitched you this scenario: “It’s March 2020. A global contagion is under way, and we open as Prime Minister Boris Johnson is outlining his strategy to stave it off: singing Happy Birthday twice while washing your hands.” Oh, come on, you’d have said. Even I can’t suspend my disbelief for this. Stick on the one where Denise Richards is the nuclear physicist. No – wait. The one where Steven Seagal’s an award-winning Yale professor of archaeology.

And yet, We Are Where We Are, as this era’s take on the Keep Calm And Carry On poster might run. As for where Johnson is, the prime minister continues to make only occasional departures from the self-isolation that has characterised his premiership thus far.

Johnson mostly hides out in his out-of-town mansion, gives embarrassing performances when he does show his face, and presents as the least serious, most indulged gilded playboy. We’re basically being governed by Batman’s cover story. But in a horrifying twist, the cover story isn’t covering anything. Instead of Boris Wayne having a double life as an extremely skilled and effective force for good … that’s all there is. What you see is what you get. There is no batcave. There is no state-of-the-art equipment, no matchless martial arts skill, no scientific arsenal. Sorry, guys. I’m trying to locate Boris Johnson’s character attributes, and there’s nothing here. Actually, hang on – he can make you pregnant. Is that what you’re after?

At some level, conscious or subconscious, Johnson seems to believe that is what people are after from him. If you listen regularly to his speeches, it’s striking how many of them seek to entwine our national destiny with his own sense of sexual potency. Johnson is forever offering to do things like “put some lead in the collective pencil”, or fretting that Trident going to sea without missiles would mean “the whole country’s firing blanks”. He seems convinced there is no problem he couldn’t spaff our way out of, given the opportunity.

And so to his radically dwindling opportunities. This week, following the announcement that he has a baby due in June, Johnson let it be known he’d be taking paternity leave. He knows that doesn’t mean leaving after the paternity test, right?

Indeed, probably my favourite reaction to the news came from William Cash, son of the paleosceptic MP Bill Cash, who wrote about the happy event in the Mail on Sunday under the headline: “Welcome to the Old Dads Club (and the Third Wives Club!), says proud father William Cash to his contemporary Boris Johnson.”

Mm. Got to say that “contemporary” is obscuring a multitude of sins. After all, the last time Cash wrote in the Mail on Sunday on Johnson, he was telling the story of how he tried and failed to bring up one of the prime minister’s secret children for him. We’ll take up the tale as Cash bumps into Johnson at Davos (natch), and hilariously apologises for managing to pull off this paternal switcheroo. “I wanted to marry Helen and bring up your daughter as my own,” Cash tells Johnson. “It was that simple.” According to this account, Johnson replies: “Right … er … got it. Thanks for letting me know.” “And then,” concludes Cash, “we walked off in different directions.”

Stand down, experts: celebrities have got coronavirus covered

Lovely people. Anyway, on to Cash’s latest article, which begins at a recent fundraiser. “I was sitting at a table close to Boris Johnson at last week’s Conservative Winter Ball,” writes Cash. Do get your head round the fact that we live in a country where in the midst of our various shitshows, the prime minister was performing for coins mere feet from some guy who once offered to bring up one of his spare kids. Even if The Jeremy Kyle Show hadn’t been axed, this would be a scenario simply too trashy to air. But on we go. “I have a sense that Boris will enjoy his new life,” judges Cash, a man demonstrably not famed for his judgment.

At any rate, it’s all part of the great change of pace for Johnson. Think about it: this was a man who once enjoyed the freedom of one of the great capital cities, with a girl in every postcode, and a life of light work and positively buccaneering irresponsibility. But now? Now 55-year-old Johnson has to go to sleep in the same place every night, with two coppers standing outside his bedroom door and a crying baby in the post. (Don’t write in about the newborn magic; I’ve had three of them.) It’s rather perfect.

Workwise, instead of a short column and a long lunch, his intray contains reaping his own Brexit whirlwind, and a likely global pandemic. So, given we have to take our wry smiles where we can these days, this does resemble a form of poetic justice. Half close your eyes, and you could almost swing from not wanting Boris Johnson to be prime minister to wanting him to be prime minister, just like this, for ever and ever and ever.

Never mind “levelling up”; he could end up begging to be levelled down to his old life. If not, and in only mildly metaphorical terms, this could yet turn out to be a story about a Midas character who is – quite agonisingly – prime ministered to death.

• Marina Hyde is a Guardian columnist