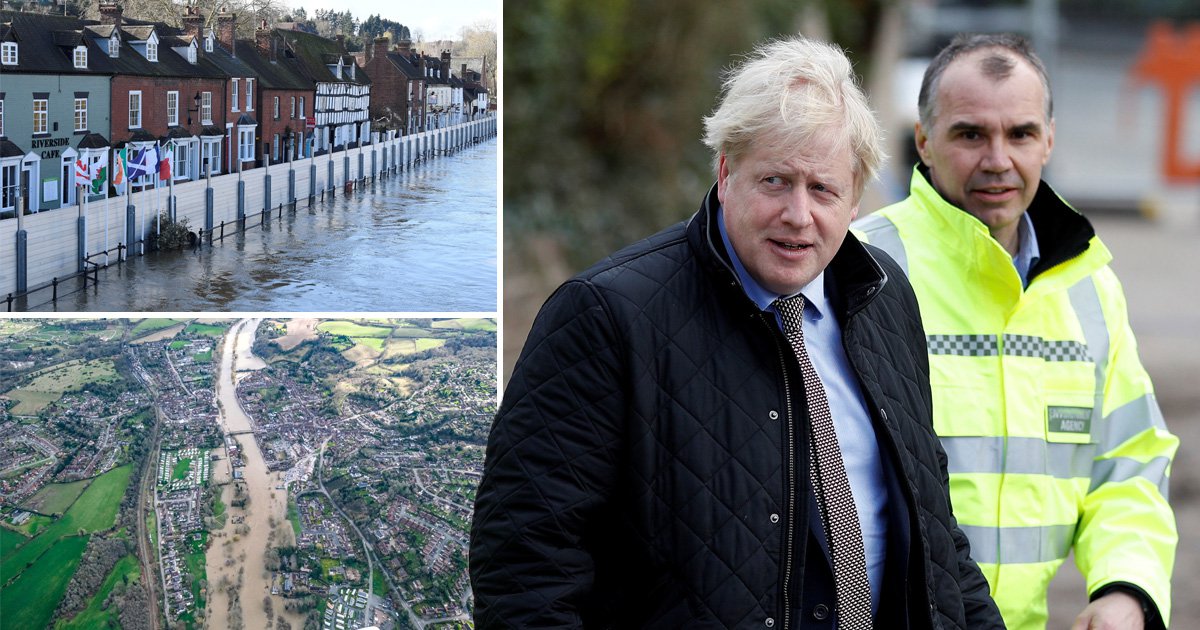 Boris Johnson was met with heckles of ‘traitor’ as he finally visited communities devastated by floods.

The Prime Minister tried to explain his decision not to visit flood-hit towns sooner, saying it was ‘too easy’ for a PM to ‘come to a place in a middle of an emergency’, but that it was ‘not so easy, frankly, for the emergency services‘.

He was slammed by Jeremy Corbyn for not visiting
regions including Yorkshire, South Wales and the Midlands, as he opted instead
to stay at the Foreign Secretary’s Chevening country estate in Kent during the
height of the flooding.

But Mr Johnson – who visited several flood-hit towns during the election – said his presence would have diverted recovery ‘work for hours and hours’.

Speaking on the banks of the River Severn in Bewdley, Worcestershire,
he said: ‘What I’ve been doing since the flooding began is coordinating the
national response but also looking at what we can do in the next months and
years to ensure this country really is ready to cope with the impacts of flooding.’

While many locals greeted him warmly, he also faced heckles
of ‘traitor’ as he viewed flood barriers – and one person told him to ‘do your
f***ing job’ as he posed with teenagers for a selfie on a bridge in the town.

Bewdley has been among the worst-hit areas in England
following the wettest February on record.

Mr Johnson said he would ‘get Bewdley done’ as he spoke to residents affected by the floods. He said he was ‘so sorry to hear it’ when he heard homes had been overwhelmed by as much as 2ft of water.

Mr Johnson was later mobbed by members of the public as he continued his walk, with a number of people trying to shake his hand and take photos as he made his way along the river.

He has also met members of the emergency services who
responded when the water levels rose.

The PM joined them for a cup of tea and biscuits as he told
them that the defence structures in the town were ‘pretty amazing’.

He told reporters: ‘I’m here today to look at the recovery
of Bewdley from the flooding. It’s badly affected quite a lot of residents
here.’

He thanked the Environment Agency and emergency services, before adding that he would also ‘look at what we can do to make sure this doesn’t happen again’.