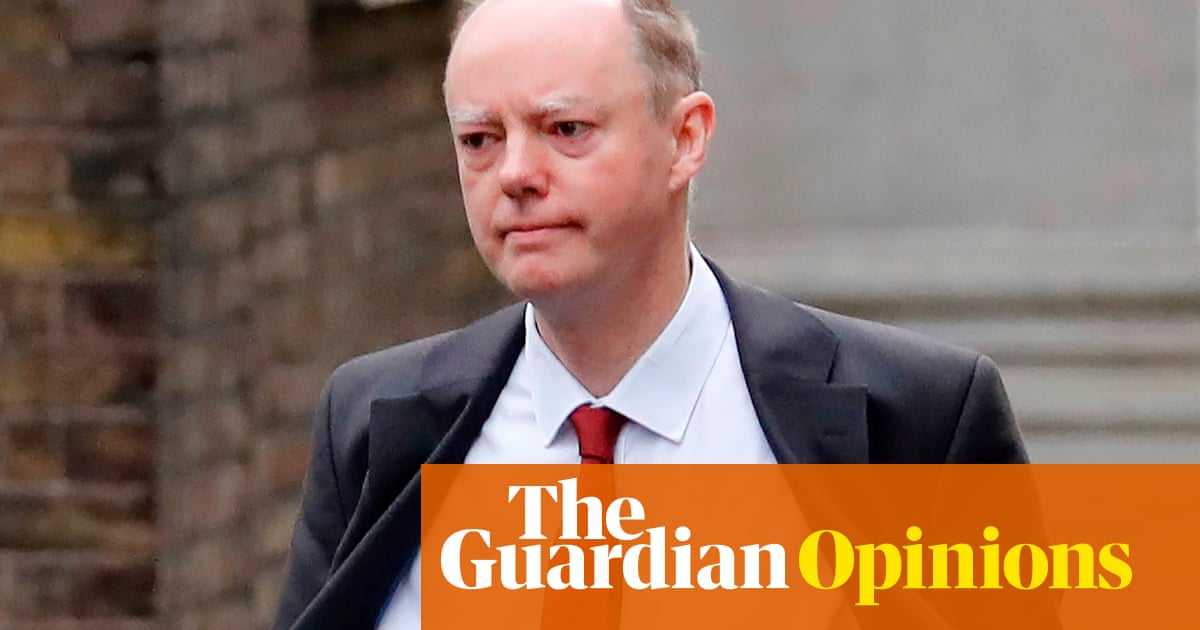 What a difference a week makes. For several years now, we’ve got used to being told that experts are a waste of space. Doomsters and gloomsters who trade in telling you things you don’t want to hear. What was needed was a good honest dose of mindless optimism to talk the country up. Want to believe that Brexit will be a brilliant success and there’s an oven-ready deal to take us to the promised land? Then the Tories had just the government for you.

But now we’re heading for several months of a coronavirus pandemic, the UK wants rather more than a prime minister who lies about building 40 new hospitals and a 12-year-old Tigger of a health secretary whose main contribution has been to replace his Blue Peter sticker with a NHS badge. Even Boris Johnson, the narcissist’s narcissist who can’t imagine a world without him at its centre, has had to bow to the inevitable and take advice from people who know what they are talking about. For a while at least, the geeks have inherited the Earth.

And the Geek-in-Chief, whom everyone now regards as the country’s de facto prime minister, is Chris Whitty, the UK’s chief medical officer. There’s no one who wouldn’t rather listen to a few minutes of Whitty than half an hour of Boris’s bullshit. Temporarily at least, Boris has become a near irrelevance. An annoying distraction. Whitty first captured the nation’s minds during Tuesday’s Downing Street press conference, during which Boris’s main contribution had been to make jokes and offer unscientific, cheery reassurances – reality has never been his strong point – and now he was back before the health select committee to provide rather more detail about the coronavirus crisis over the best part of two hours.

Whitty’s only real downside is that he looks unfortunately like Chris Grayling. They could almost be brothers. But there the similarity ends. The moment Whitty opens his mouth, the words flow with liquid intelligence. His command of his subject and his ability to communicate that knowledge is near-total. This is not a man whose solution to the pandemic would be to award a £13m contract for hospital ships to a company with no ships.

Prof Chris Whitty: the expert we need in the coronavirus crisis

There’s something very weird about the choice of Jeremy Hunt as the health committee’s chair. Rather like putting the chief suspect in charge of a murder investigation. The man who, as former health secretary, did more to screw up the NHS with endless cuts to provision and services is now responsible for finding out why the NHS is in such a mess and to hold the culprits responsible. I’d imagine we’re going to see Jeremy Hunt asking Jeremy Hunt some very awkward questions over the coming years.

That was something for another day, however – and if Whitty was as bemused as the rest of us to find a rather sweaty, twitchy and jacketless Hunt in charge of proceedings, he was too polite to let on. Rather, he merely restated the facts as he knew them. We had now moved from the “pretending nothing was happening and hoping it would go away” phase, which had been the government’s plan before he had been brought onboard, and into delay mode. The idea being that the worst of the pandemic could be spread out over a matter of months to ease the pressure on public services.

Whitty never tried to soft-soap or minimise the situation. In a worst-case scenario, 80% of the country could get the virus, the mortality rate could reach 1%, with the elderly and those with pre-existing medical conditions most at risk, and there would be no chance of the NHS having enough beds. And though his attempts at reassurance – “most people over 80 will live” – didn’t sound particularly reassuring, there was something undeniably refreshing about his honesty and directness. Here was a man willing to treat the country as adults and didn’t feel the need to lie about the severity of the situation.

Sadly, this isn’t an attitude likely to catch on in government, as Boris was only too happy to demonstrate during a simultaneous appearance on ITV’s This Morning with Holly Willoughby and Philip Schofield. Even when he strives for authenticity, he can’t help being shifty. It’s as though something within him can’t survive contact with reality. He doesn’t want to publish regular updates on the spread of the virus, not because the public can’t handle the information but because he can’t. He just wants the crisis to be over and for people to get on with their lives: the anxiety and experience of going through it is anathema to him.

The dishonesty continued when the conversation turned to floods and to Priti Patel. After saying that he didn’t want to interrupt the emergency services – though he was happy to let junior ministers do so and had been quick to do so himself during the election campaign – he went on to defend his home secretary and implied that the bullying inquiry would be a stitch-up because Priti was doing such a great job. A bit of bullying was healthy collateral damage. “I hate bullies,” he said. Which is why he has Classic Dom as his chief of staff. The only bully one suspects he really hates is himself. His self-loathing is manifest in numerous displacement activities.

The one really jaw-dropping moment came when he was asked if he would change his baby’s nappies. For almost every dad, this is a no-brainer. The very minimal level of care you would afford a child you had brought into the world. He was eventually shamed into saying: “Yes, I expect so”, but it was clear Boris had no real intention of doing even this. Carrie must have watched in despair. She was going to be on her own with this one. There was little comfort for the rest of us either. If he treats his own family with such indifference, just imagine how he really feels about us. Just inconvenient satellites orbiting his world.

Later in the morning, Michel Barnier was left to give a solo press conference after the first round of the Brexit trade negotiations. The UK’s David Frost couldn’t be bothered to show up as he was desperate to get the hell out of Brussels and have a patriotic English breakfast. Barnier sighed heavily. The UK still didn’t really have a clue just how complicated the negotiations were: it imagined turning up and shouting: “We’re British” would work wonders, he said. Much like our first response to the coronavirus. The thought occurred that if we also replaced Frost with Whitty, a trade deal would be a lot more likely.